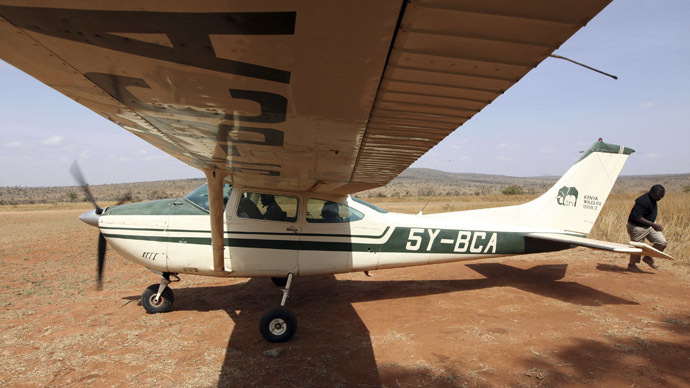 The FBI is operating its own air force, sending low-flying planes across the US. The aircraft carry video and cellphone surveillance technology, and are hidden behind bogus companies that are actually fronts for the government, AP has revealed.

According to the news agency, the surveillance tools on board are typically used without a judge’s approval. The flights are widespread, spanning across the United States.

In a recent 30-day period, the agency flew more than 100 flights above more than 30 cities in 11 states, plus the District of Columbia. Those cities included Houston, Phoenix, Seattle, Chicago, Boston, and Minneapolis. Aircraft also flew over southern California.

The FBI says the planes are used for specific, ongoing investigations.

The findings come after years of reports since 2003 that a government surveillance program might be behind suspicious-looking planes slowly circling US neighborhoods.

As part of its investigation, AP examined aircraft ownership registrations that shared similar addresses and flight patterns. Using data from FlightRadar24.com, the agency found that some FBI missions circled above at least 40,000 residents during a flight over Anaheim, California, in late May.

Most of the flight patterns occurred in counter-clockwise orbits up to several miles wide, and roughly one mile above the ground at slow speeds.

One of the planes photographed in flight last week in northern Virginia had unusual antennas under its fuselage and a camera attached to its left side.

In total, AP has tracked 50 aircraft back to the FBI.

While Washington maintains that aerial surveillance is important for certain investigations, the use of such aircraft has sparked concerns over whether there should be updated regulations protecting the civil liberties of Americans, as such technology could potentially facilitate government spying.

It could also have other wide-ranging implications, according to the report. For instance, the planes could capture video of unrelated criminal activity on the ground, which could be handed over for prosecutions.

Some of the aircraft can be equipped with technology that can identify thousands of people below through the cellphones they carry – even if they’re not making a call, or they’re tucked away in their own homes.

Officials told AP that the practice – which mimics cell phone towers and gets phones to reveal subscriber information – is rare, but it does indeed exist.

However, AP found FBI flights orbiting over large, enclosed buildings in recent weeks, for extended periods of time. These flights took place in areas where aerial photography would be less effective than electronic signals collection – including Ronald Reagan Washington National Airport and the Mall of America in Bloomington, Minnesota.

But FBI spokesman Christopher Allen said the planes “are not equipped, designed or used for bulk collection activities or mass surveillance.”

An unnamed FBI spokesman also said the surveillance flights comply with agency rules. Those rules, which are heavily redacted in publicly available documents, limit the types of equipment the agency can use, as well as the justifications and duration of surveillance.

Allen also said the FBI’s aviation program “is not secret,” but that “specific aircraft and their capabilities are protected for operational security purposes.”

However, AP managed to trace the aircraft to at least 13 fake companies – including FVX Research, KQM Aviation, NBR Aviation, and PXW Services.

According to law enforcement officials, Justice Department lawyers approved the decision to create fake companies to protect the flights’ security. They added that the Federal Aviation Administration is aware of the practice.

The FBI asked AP not to disclose the names of the bogus companies, claiming it would burden taxpayers with the expense of creating new cover companies, and could endanger the planes and the integrity of the surveillance missions. The agency’s request was denied.

Meanwhile, basic aspects of the aviation program are withheld from the public in censored versions of official Justice Department reports.

The findings come just one month after a Justice Department memo barred law enforcement agencies from using unmanned drones “solely for the purpose of monitoring activities protected by the First Amendment,” saying they are to be used only in connection with authorized investigations and activities.