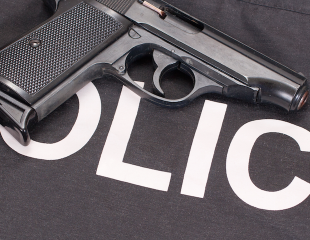 What was a seemingly selfless act of kindness would subsequently end with Lawrence being fatally gunned down by a cop.

Dothan, Ala. – In late December of 2014, Robert Earl Lawrence, 30, in an act of compassion, took a stray cat to the Dothan Animal Shelter. What was a seemingly selfless act of kindness would subsequently end with Lawrence being fatally gunned down by a cop.

Almost four months after that fateful day, police have provided the public with no more answers than were given the day after the killing. They have maintained a blanket of virtual silence surrounding the incident.

As we reported previously, the staff at the shelter, rather than simply accepting the cat, proceeded to demand that Lawrence show government issued identification. Per shelter policy, they demanded Lawrence show ID, prior to being allowed to leave, according to information released by police immediately after the shooting.

Lawrence showed them a notarized legal identification in the form of an affidavit, rather than the standard Department of Motor Vehicle issued ID card. In what would prove to be a fatal move, shelter employees refused to accept his form of ID and called the police.

Immediately upon arrival, the police began to force Lawrence to show his ID, eventually attempting to arrest him. In an apparent struggle, Lawrence was fatally shot by the officer in the abdomen, according to police.

“After repeatedly being told to calm down, Lawrence was advised he was being placed under arrest. A physical altercation ensued, to which Lawrence was shot in the abdomen (by an officer),” Police Sgt. Maurice Eggleston told AL News.

After the shooting the police spin machine went into overdrive as they attempted to portray the victim in a negative light. They highlighted past run-ins with the law and labeled him a “Sovereign Citizen,” a claim which his family disputes.

Of course using blanket terms for individuals, such as the law enforcement propensity for calling someone that asserts their constitutional rights a “Sovereign Citizen,” is simply another way to propagandize the public into support. This type of activity can be seen in a leaked 2012 Homeland Security study that claimed Americans who are “reverent of individual liberty,” and “suspicious of centralized federal authority” are possible “extreme right-wing” terrorists.

Now almost four months after Lawrence’s needless killing at the hands of police, police have shunned any thoughts of transparency in the case and numerous questions remain.

Surveillance footage that may have captured the incident has never been released, nor has the name of the officer involved in the shooting.

Additionally, there has been no indication as to why a man that simply refused to show ID was killed by an officer sworn to uphold the law. It was his right not to identify in that circumstance, regardless of shelter policy,There has been no indication that Lawrence possessed any weapon, which begs the question; what alleged justification did the officer have for using lethal force on a man that simply refused to show the requested ID while dropping a stray cat off at an animal shelter?

These are questions the police have thus far refused to answer. The extent of what police have released to the public, aside from their initial statement, is that an inquiry into the incident is complete and being reviewed by the state.

Earlier this month, Houston County District Attorney Doug Valeska said he received the state police investigative report. That was on the 13th and we’ve yet to hear a peep from Valeska. He’s actually stated that it could take up to 30 days for him to simply review it. There is no word on when the family can read about how the police killed their son.

Doesn’t it help you sleep well at night knowing that the state is secretively investigating itself, while providing the public with absolutely no information about the incident?

The effort to keep the public in the dark about the events surrounding this incident do nothing to build confidence in police at a time when they desperately lack public support. Conversely, these actions have actually made people even more suspicious of the institution of law enforcement as a whole.

The public has a right to know why a cop killed a man for simply refusing to ID. If there was no reasonable suspicion of Lawrence committing a crime, then he was under no obligation to show identification.

If you are sick of corrupt government trying to protect their paid enforcers by secretly investigating themselves and keeping people in the dark, then share this article and demand transparency and accountability!