Six days prior to Japan’s devastating 2011 undersea earthquake that killed over 18,000 people, around 50 melon-headed whales – a species that is a member of the dolphin family – beached themselves on Japan’s beaches. Now, 4 years later, and despite a lack of scientific evidence linking the two events, many Japanese took to social media in fear as the mass beaching of over 150 melon-headed whales on Japan’s shores has fueled fears of a repeat of the monster quake, which unleashed a towering tsunami and triggered a nuclear disaster. 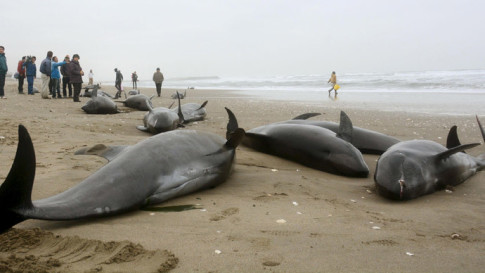 The mass beaching of over 150 melon-headed whales on Japan’s shores has fueled fears of a repeat of a seemingly unrelated event in the country — the devastating 2011 undersea earthquake that killed over 18,000 people.

Despite a lack of scientific evidence linking the two events, a flurry of online commentators have pointed to the appearance of around 50 melon-headed whales — a species that is a member of the dolphin family — on Japan’s beaches six days prior to the monster quake, which unleashed a towering tsunami and triggered a nuclear disaster.

The 2011 Japan earthquake is not the only instance of beached whales closely preceding a massive tremor.

More than 100 pilot whales died in a mass stranding on a remote New Zealand beach on Feb. 20, 2011, two days before a large quake struck the country’s second-largest city, Christchurch.

Local officials said a total of 149 dolphins were found stranded on the beach in Hokota in Ibaraki prefecture, according to RT. Some of the dolphins, mostly melon-headed whales or blackfish, were found alive but were extremely weak.

Videos from the scene showed rescuers trying to release the dolphins back into the ocean, but the tide washed the weak animals back onto the beach.

City authorities, the coastguard and a local aquarium were working to rescue the dolphins, measuring between two to three metres (78 to 118 inches) long. They will be transported off-shore and released to sea.

Scientists were on Saturday dissecting the bodies of the whales, 156 of which were found on two beaches on Japan’s Pacific coast a day earlier, but could not say what caused the beachings.

Scientists are meanwhile unclear as to why the marine animals strand themselves in large groups, with some speculating healthy whales beach themselves while trying to help sick or disorientated family members that are stranded. Others believe the topography of certain places somehow scrambles the whales’ sonar navigation, causing them to beach.

“We don’t see any immediate signs of diseases on their bodies, such as cancer. We want to figure out what killed these animals,” Tadasu Yamada, a senior researcher at the National Museum of Nature and Science, told public broadcaster NHK.

Despite the lack of any clear link between the beachings and earthquakes — and comments from local officials downplaying such a connection — many took to social media to point to the link.

“Is the next one coming? Be ready for a quake,” wrote Twitter user maoeos40d.

Japanese officials have nevertheless tried to calm fears, and have insisted there is no scientific data to prove the link. 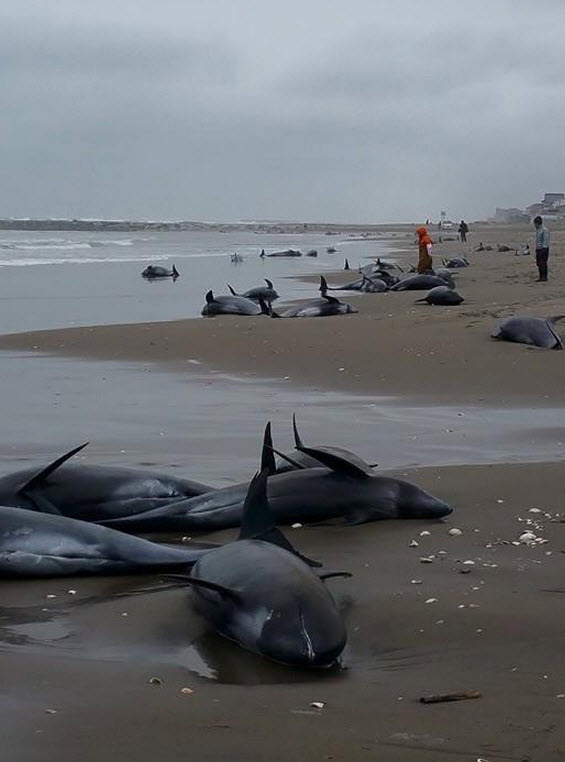