With Jean-Claude Juncker demanding a Unified European Army, it appears Germany is wasting no time in simultaneously boosting its own economy with warfare spending and comforting a ‘fearful populace’ with more military might. As Reuters reports,Germany plans to procure more than 100 additional Leopard 2 tanks, increasing its total Leopard 2 tank inventory by a whopping 45% a government spokesman said on Friday, as it seeks to ensure its “troops are ready for action in response to concerns over recent Russian assertiveness.” 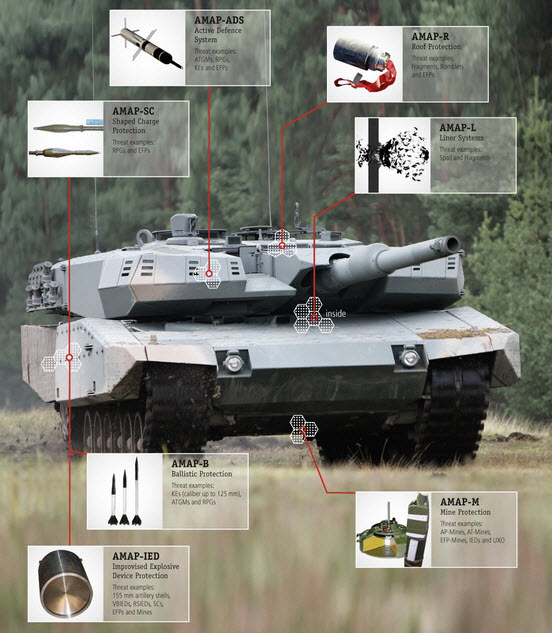 Germany plans to procure more than 100 additional Leopard 2 tanks, a government spokesman said on Friday, as it seeks to ensure its troops are ready for action in response to concerns over recent Russian assertiveness.

The decision to restock its military comes as NATO tries to hasten the response time of its rapid reaction force following Russia’s annexation of Crimea last year and conflict in Ukraine.

“The ministry has decided to raise the upper limit for the future to 328,” a defense ministry spokesman told a regular government news conference on Friday, confirming a report by German magazine Spiegel.

Just before the end of the Cold War, in the 1980s, the then West Germany had more than 3,500 tanks. Now, seventy years after World War Two, it has just 225. As a result soldiers have to share tanks and heavy equipment across different units.

Given NATO’s new goals on flexibility and rapid reaction time, Germany has to ensure that it can deploy troops with the correct equipment to the right place in a short period of time, the spokesman said. “This can only succeed if the equipment does not need to be first moved around through the country,” he said.

The Leopard tanks are made by Krauss-Maffei Wegmann (KMW).