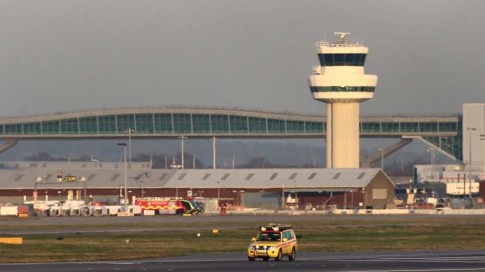 The estimated size of an oil find near Gatwick Airport has been upgraded to 100 billion barrels.

In May 2014, the British Geological Survey estimated the Weald Basin to hold around 4.4 billion barrels of shale oil.

UKOG described the find as a possible “world class” resource with the potential for “significant daily oil production.” 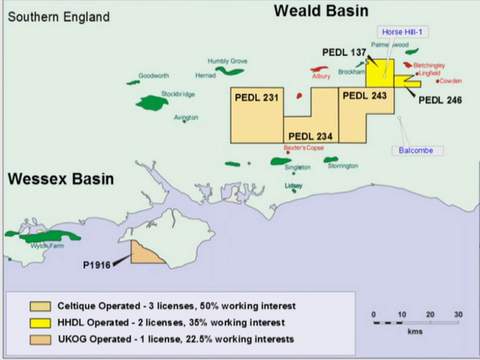 The company’s chairman David Lenigas, said it would create “many thousands of jobs” but cautioned that it would take a long time to begin production.

He said: “You’ve got to work through government process and to work with the local community. Everybody expects you to snap your fingers and all of a sudden the magic panacea is there. The key thing is there is a potential resource of significance here – but the fast track or slow track nature is really going to be determined by Westminster”.

The US-based firm which studied the reservoir estimated that recovery of the oil would be limited at between 3% and 15% of the total.

It also insisted there was no need to use the controversial extraction process, known as fracking, to get access to the oil.

But local campaigners believe fracking will be necessary at some point in the future.

Anti-fracking campaigner Charles Metcalfe said: “South East England is the most densely populated corner of England. To start drilling holes all over the place will completely change the nature of our countryside forever. And if the result is that you’re not getting very much oil out of it, then that’s awful”.

Greenpeace’s chief scientist Dr Doug Parr said : “To gleefully rub your hands at a new fossil fuel discovery you need to turn the clock back to the 19th century and ignore everything we have learnt about climate change since. We already have more than enough coal, oil, and gas reserves to fry the planet”.

The UK currently produces 770,000 barrels of oil per day, compared to 11.1 million in the United States and 11.7 million in Saudi Arabia.

The announcement helped shares in UKOG rise more than 300% during trading on Thursday.