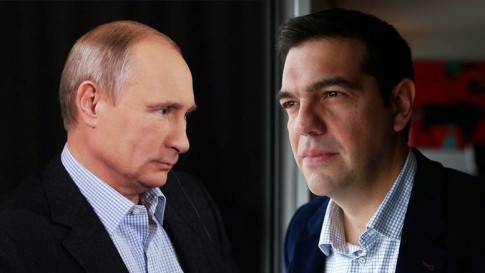 Greece’s Prime Minister Alex Tsipras will be heading to Moscow tomorow, and the legacy media that is the de facto public relations wing of the IMF and World Bank are in overdrive to continue to advance the narrative that Greeks are irresponsible, indolent, the visit is an amateurish attempt to blackmail Germany, and further evidence that the Syriza government is out of its depth.

Those who continue to buy into the IMF propaganda without pause should consider these points, before they decide whether or not they want to continue to do the legacy media’s work for them by reporting their key talking points almost verbatim in the comments section of every blog or media account of the current contretemps.

This should not be relied upon as a comprehensive list, but rather a starting point for your own investigation and research:

Talking Point 1:  The Greeks are “lazy” and brought this on themselves.

Pointing to one key economic factor, Average Working Hours per year, the Groningen University Growth and Development Center found that between 1995 and 2005, Greece was consistently the EU country with the highest number of annual work hours per employee.  In 2011, the work-hours for Greece was 2,032 – in contrast to the US, in the same time period, which clocked in at 1,836. US work hours have continued to decline, to a current average of approximately 32 hours per week.  Very few Americans would attribute this decline due to “laziness” or “indolence”, but would point to external factors, such as the Obama administration’s policies that have driven employer’s shift from fulltime workers with benefits to part-time staffing with limited or no benefits.

It would seem that the IMF talking point doesn’t match the information gathered by independent sources regarding the work ethic of Greeks. 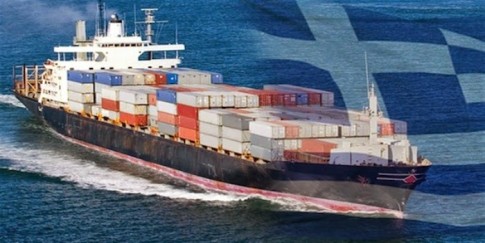 Talking Point 2:  Greece’s Economy is so small it doesn’t matter

Greece is a tiny country, constituting only 2.2% of the EU population, but a regional economic powerhouse.  Out of 28 EU member states, Greece’s economy clocks in at a respectable # 13.

The Greek Merchant Navy, still the largest in the world, represents over 15% of global shipping.  Greek shipping is an important player on the world stage in international commerce, making sure those Dollar Stores shelves are kept packed to the brim with tchochkes from around the world.

Greek shipping comprises approximately 20% of their national GDP, and the worldwide contraction in shipping activity, as indicated by the shrinking Baltic Dry Index, is one of the many factors putting pressure on the already struggling Greek economy.  The permanent removal of Greek ships from inventory will have long lasting impacts for everyone who relies upon imports of any type.

Since joining the EU, Greece’s economic growth has consistently been above the EU average, which is one of the reasons that investors were willing to advance the government of Greece additional funding.

The main concern for EU banksters is that if Syriza takes a strategic default, it may set off a chain reaction among other EU nations (Spain, Italy, Portugal) that have the same underlying fundamentals which are at the root of Greece’s difficulties, and which the German finance minister has essentially admitted that they have no solution that they can propose outside of those already on the table, which only serve to further punish and hammer the Greek working classes. 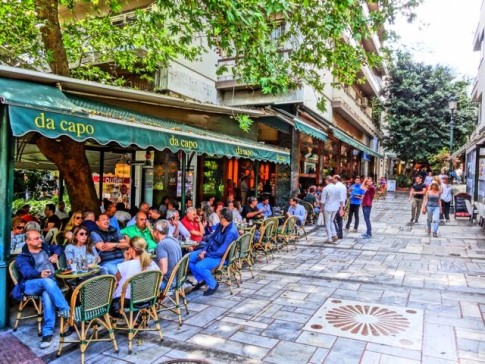 Talking Point 3:  Greeks are poor and want “something for nothing”

Greece is a developed country which enjoyed a high standard of living with a ranking of #29 worldwide in 2012.

At the same time, youth unemployment shot up dramatically, to peak in 2013 at 65%, and has not decreased in any reasonable measure.  A country with not just an “underemployed” by unemployed young adult population is a country on track for generational and demographical disaster.  Greeks are well aware of the dangers inherent in a “lost generation” and part of the ideological battle with the Troika is that none of the measures demanded by their creditors address or alleviate this significant cultural and demographic problem.

Spending for Greek social programs (welfare, healthcare and pensions, but excluding education) constitutes approximately 30% of the state budget, but the Troika is demanding further cuts. Contrast this to the US 2015 projected spending on a similar package of social welfare benefits, which is expected to consume 62%.

A greater concern for the IMF, which bases its policies on a belief that inflation will pull global economies out of recession is that Greece is already in the beginning state of deflation – with a CPI (Consumer Price Index) of -2.2% in 2015 in year over year comparison to 2014.  Consumer spending is also declining at a pace that will accelerate the underlying tensions. 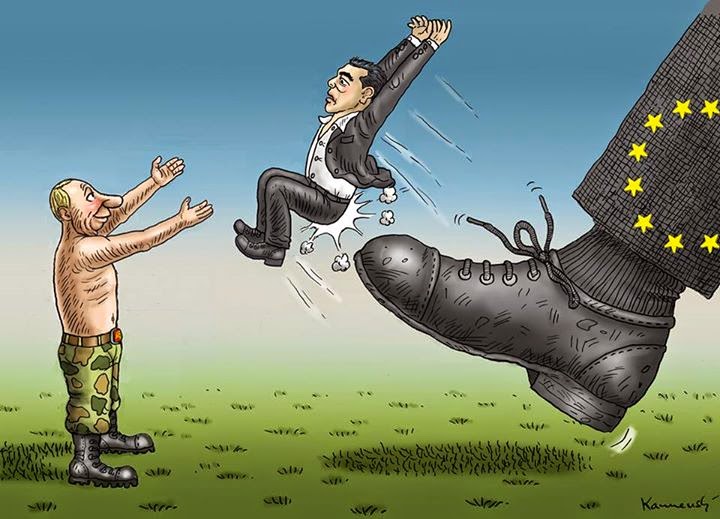 Talking Point 4:  Greece will back down in the 11th hour, because they have nowhere else to go…

Discounted by the western press is the understanding that Greece is a major regional player and influence-maker in the Balkan region.

Greece’s economy is larger than all of the Balkan region countries combined, and they have been major investors in the Balkan states since the fall of communism.  Greek industries are major investors in Albania, Bulgaria, Romania, Serbia and the former Yugoslavia.  While these tiny struggling countries are not on the radar of the large G20 countries, their significance should not be dismissed, as at least one worldwide conflagration was set off by ancient ethnic and geographic tensions in the Balkans. Greece has been a unifying social and economic broker, helping to bring these countries into the developed nation fold.

The Balkans, along with Cyprus, are also ideologically and culturally aligned with Russia and not the West.  The Orthodox church is the largest Christian cohort after the Roman Catholic church, and still retains significant influence in the countries where it is the dominant religion.  Putin has with great calculation aligned himself with the leadership of the Orthodox church, setting off an identity revival as a foil to the perceived decadence of the West and the decline of the Roman Catholic and Protestant sects of the Christian faith.

Putin is using this social-cultural lever to pry the “Orthodox states” away from alignment with the West and into the Russian orbit.  He has already successfully used soft cultural power to bring Cyprus into the Slavic sphere, and it is not unreasonable to believe that Greece may find safe harbor in Moscow as well.  In addition to loans and credit extensions, energy agreements, Putin is also willing to open up Russia’s domestic markets for Greek agricultural products, at a time when other Greek industries are contracting and the rural areas of Greece are most impacted by the Troika austerity package.  It is as much a needed ideological victory as an economic one for the Syriza cabinet. 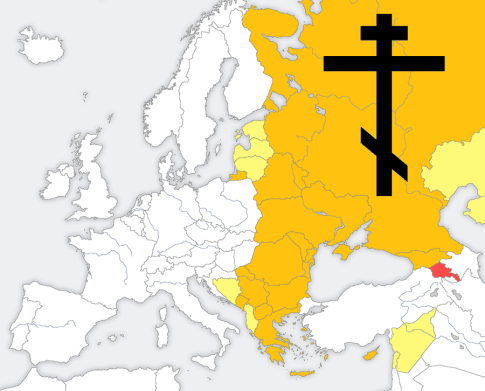 Talking Point 5:  Greece will never leave the EU or NATO

I will go into this in further detail in another post, but the idiom “blood is thicker than water” may hold true here.  As mentioned previously, Greece is naturally culturally and ideologically aligned with other Orthodox states in the Balkans.
At a time when the Greek people have been made to feel “humiliated”, creating a new regional dynamic, backstopped by Russia, where they can continue to be viewed as the economic and social powerhouse, is an attraction that the obdurate Saxons and Teutons shouldn’t dismiss out of hand.

That is a very brief summation – in a later post, I will try and explain why Greece’s problems can be laid at the doorstep of that group everyone loves to hate – Goldman Sachs, how it followed a template GS has used over and over again, and how Greece is the canary in the coalmine for everyone else.