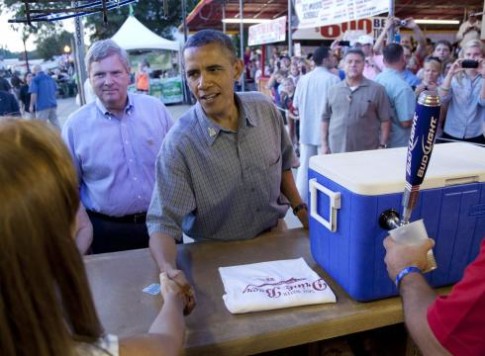 — According to Air Force documents obtained by the watchdog group Judicial Watch, it costs $210,877 an hour to fly Air Force One, putting the round trip price tag at $843,508.

— A recent Secrets report calculated the first family’s holidays at 38, making this the 39th.

— That same report said Obama had played 220 rounds of golf as president. Since then, he played at Andrews on March 21, making this his 222nd.

— Minutes after Obama’s entourage boarded Air Force One, the beer started to flow. According to a press pool report: “You can tell this is a non work trip because someone forward of the press cabin ordered 3 beers at 9:26 a.m.”