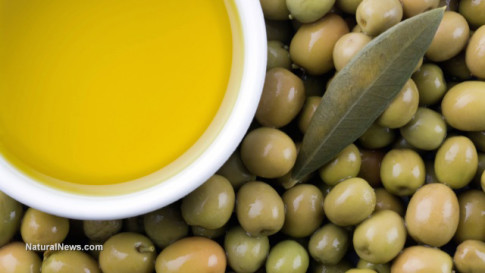 You’ve probably seen them at the grocery store: those ubiquitous, clear bottles of so-called olive oil that contain a strange, yellowish substance branded as “extra virgin.” One of the largest purveyors of this anomalous oil is the subject of a new lawsuit alleging that its products are not, in fact, real extra-virgin olive oil, but rather a cheap imitation cut with refined vegetables oils and other cheap fillers.

Deoleo USA, Inc., maker of the Bertolli and Carapelli brands of olive oil, is being accused of deceiving its customers about the quality of its olive oil, which clearly doesn’t resemble the rich, green-tinted oil that comes naturally from fresh olives. Plaintiff Scott Koller says applying the “extra virgin” label to these products is misleading, because the oil contained is refined and most likely cut with less expensive fillers.

Additionally, much of the oil doesn’t even come from Italy, contends Koller, despite labels that claim “imported from Italy.” The actual oils come from a variety of different countries, are brought into Italy for processing, and are eventually sold to unwitting customers in the U.S. and elsewhere as cream-of-the-crop “healthy” oils, when more often than not they are anything but.

“Koller alleges that the phrase ‘extra virgin’ to describe the olive oil is misleading since they are added to a refined oil,” explains legal news site Top Class Actions. “In addition, the bottle it comes in is unable to protect the oil from damage that can be caused by heat and sunlight.”

As much as half of all olive oil brands sold in the U.S. are fake

In order for an olive oil to truly be “extra virgin,” it must come from fresh, crushed olives, and not be cut with any other oils or additives. It also has to pass certain chemical tests, including sensory evaluations, taste profiles and smell. Based on these criteria, neither Deoleo’s products nor many of the other popular olive oil brands on the market today are truly extra virgin.

We reported on this extensively back in 2012, noting that as much as 50 percent of the “olive oil” currently being sold in the U.S. is not real olive oil, by definition. Tom Mueller explains more about this in his book Extra Virginity: The Sublime and Scandalous World of Olive Oil.

“What [real olive oil] gets you from a health perspective is a cocktail of 200-plus highly beneficial ingredients that explain why olive oil has been the heart of the Mediterranean diet,” explained Mueller during an interview with NPR. “Bad olives have free radicals and impurities, and then you’ve lost that wonderful cocktail… that you get from fresh fruit, from real extra-virgin olive oil.”

The University of California, Davis, conducted its own investigation back in 2010 revealing that 69 percent of imported and 10 percent of California-based olive oils are fake, failing to pass International Olive Council and Department of Agriculture guidelines for extra-virgin olive oil. You can access that report here:
OliveCenter.UCDavis.edu.