All those times when the general population asks if panglossian, clueless economists are smoking crack… apparently there was a reason for that.

When the UK and the rest of Europe proposed and implemented a change to the way GDP is calculated last year (a change which single-handedly pushed Britain above France as the world’s 5th largest economy) one which “estimated” the contribution of prostitution and illegal drugs to national economic output, little did we know that such “estimates” would be based on personal experience (also see “How Britain Calculates Its Hooker “GDP Boost”: 60,879 Prostitutes x 25 Clients Per Week x £67.16 Per Visit“).

Enter professor Douglas McWilliams, 63, head of the well-known Centre for Economic and Business Research (CEBR) think tank and one of the most prominent modern economists, in fact in his own words “one of the world’s leading economists…best known for his work in forecasting” as well as advisor (and cheerleader) to none other than UK Chancellor George Osborne.

First, a little background. From his CEBR background:

Douglas is one of the world’s leading economists and was chosen in 2012 from over 300 applicants to become the Gresham Professor of Commerce.

His Gresham lecture series ‘The world’s greatest ever economic event’ looking at the impact of globalisation on the Western economies has attracted widespread attention and large audiences. He covers all aspects of economics but is best known for his work in forecasting, the economics of the IT and telecoms sectors and transport economics and for his knowledge of the Far East economies. He works with clients who are particularly looking for an economist with a public presence to help make their case.

After setting up Cebr, he was our Chief Executive for 20 years. Previously he was Chief Economic Adviser to the Confederation of British Industry and Chief Economist for IBM UK. Douglas is famed for his communications skills and is one of the most widely quoted economists.

Yes, a “forecasting” economist. That in itself could have been the joke right there, but the real reason why we bring up Professor McWilliams is not due to his seasonally-adjusted oracular abilities but because as the Mail reports, this “world leading” economist also does whatever he can to boost UK GDP through the use of illegal narcotics, or to avoid the political correctness, crack cocaine.

A leading economist is to step down as executive chairman of an influential City think-tank amid drug abuse allegations.

Professor Douglas McWilliams, 63, revealed last night that he is to leave his role at the Centre for Economic and Business Research after footage emerged of him allegedly smoking crack cocaine in a north London drug den. The think-tank, which he founded in 1992, confirmed he will take a five-month sabbatical.

Professor McWilliams, who has also advised London Mayor Boris Johnson on housing, said last night he was ‘taking time off to deal with issues I have not had the chance to address fully when I have been in full-time work’.

It comes just two weeks before the launch of his book The Flat White Economy which tells how London swapped the City’s champagne and supercars lifestyle for bicycles and trendy flats.

Suddenly, the top echelon of politicians are doing everything they can to distance themselves as much as possible, starting with the UK’s own Secretary of the Treasury. “Referring to reports that Professor McWilliams was an adviser to George Osborne, the spokesman added that ‘neither he nor any other member of CEBR staff has spoken to or met George Osborne since he became Chancellor’, but that CEBR has ‘briefed or advised all four major political parties’.” 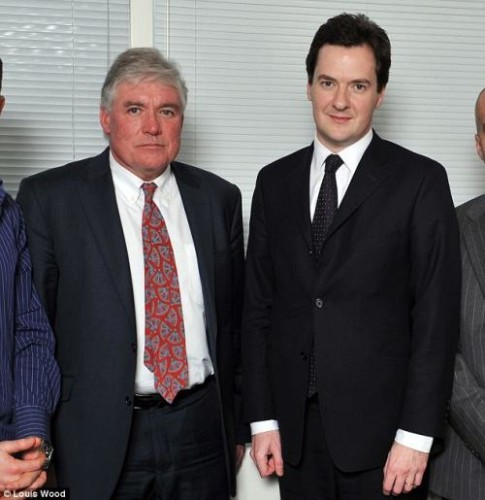 The two seen in happier times: 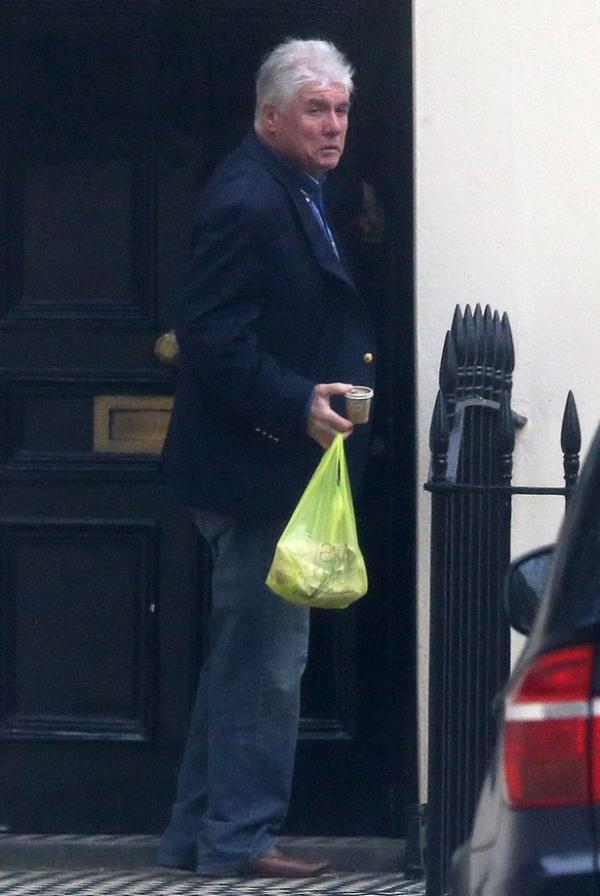 Here is why the “world-famous economist” is suddenly non-grata, from the Sunday Telegraph:

One of Chancellor George Osborne’s senior advisers on economic policy has been captured on video smoking crack cocaine in a drugs den. Prof Douglas McWilliams, who last year ­estimated we would all be £165 a year better off by the election, is seen inhaling it through a glass tube at a flat in North London.

The executive chairman of influential City think-tank the Centre for Economic and Business Research then slumps dazed on a sofa after repeatedly smoking on the makeshift crack pipe involving a miniature Martell Cognac bottle.

Red-faced and slurring his speech, he later told the dealer he had “too much” and that he had spent the day on a binge.

Two rocks of the deadly drug can clearly been seen on a table beside the dazed professor. The grainy footage, seen by the Sunday Mirror, will heap embarrassment on the Chancellor and raise serious ­questions about his choice of adviser.

A source said: “Last Sunday McWilliams turned up at the den around 10pm and was there about a hour and a half. There were two rocks of the drugs. He smoked it over a table and then sat there all spaced out.

“He was in a suit and started talking about the economy and all that for about 20 minutes. He kept mentioning someone famous he worked with but didn’t make much sense. He was asked if he wanted any more and said ‘I’ve had too much’.”

Oh the irony:  On Christmas Day he tweeted about an Office for National Statistics decision to include earnings from drugs and the sex trade in economy figures. He wrote: “Prostitution and illegal drugs help UK overtake France in global wealth league.”

Little did the world know then that a small portion of the contribution was due to the “economist” himself.Of course, none of this would actually be a problem and certainly worth the mention if only the CBER wasn’t actually taken seriously. As the Mail reminds us, “the think-tank’s website states: ‘CEBR’s clients are mainly public, private, government, professional bodies and third sector organisations. Most are UK based although several have a global reach. We advise 25 of the FTSE 100 companies.’ It adds: ‘We advise a number of UK government departments and independent government bodies. Recent projects include the Department for Business Innovation and Skills (BIS) and Arts Council England.'”

In December the CEBR claimed Britain’s economy would be larger than Germany’s by 2030, and suggested that the UK overtook France in 2014 to become the world’s fifth largest economy.  That would mean smoking a whole lot of crack in the next 15 years…

The worst news is that now that the entire world has become one massive, and terminal, experimental playground for precisely these Keynesian fanatic world-leading economists, crack cocaine addicted “central planners” is just one more reason why 7 years after QE was started, everyone – except for the 0.01% of course – is wondering: why has nothing been fixed yet? For the answer, please check your local opium den: chance are you will run into at least one “world-respected” economist.