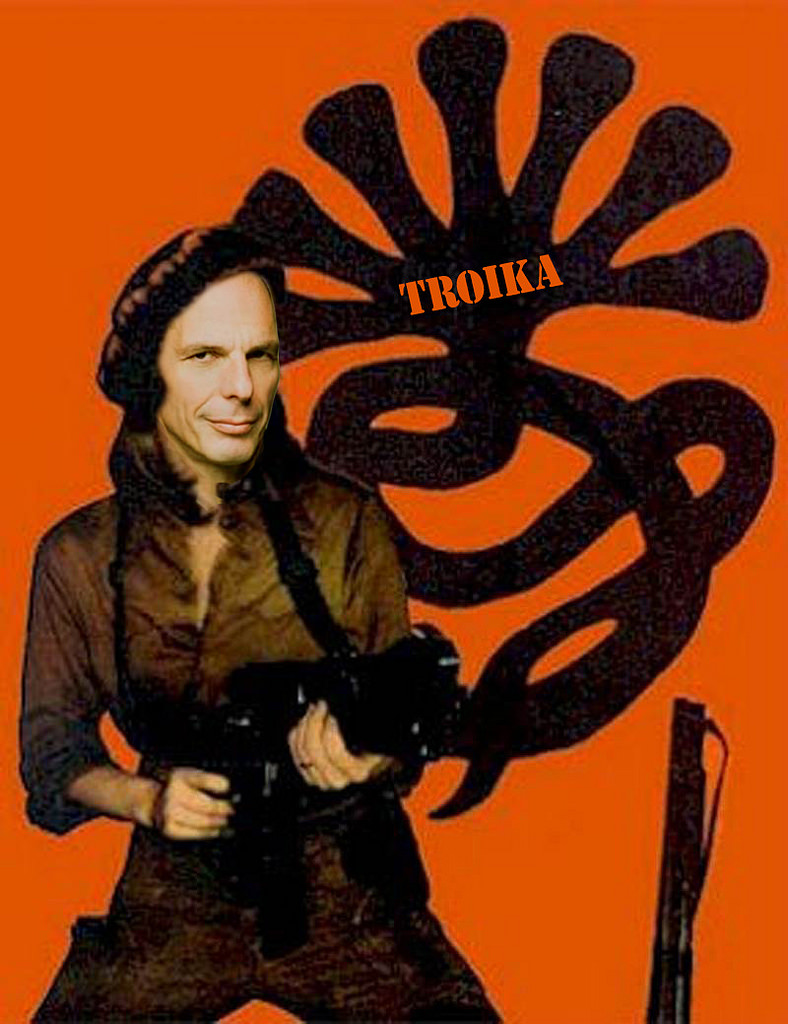 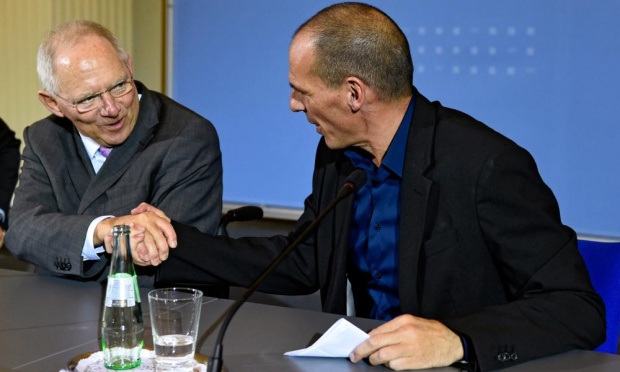 So one can say that can has been kicked for another four months.

There was the usual dollop of confusion yesterday, when the dispatch of the Greek list of reform proposals was delayed from Monday to Tuesday, after what in retrospect was the Troika throwing up all over the preliminary, very “broad terms” 3-pager (much like Congress did to the original Hank Paulson 3-page “blank check” term sheet).

Well, as it appears Greece did actually manage to sneak the revised list through in time just before midnight on Monday, yet another indication that someone was lying becase as the WSJ reported “Dijsselbloem said he received the list of reforms at 11:15 on Monday evening. That means Athens submitted the list in time, despite an announcement by the Greek government on Monday night that it wouldn’t send the measures until Tuesday morning. Greek Finance Minister Yanis Varoufakis also sent the list of reforms to the commission, the ECB and the IMF” aka the Troika, although in Greece “fish has now been renamed to meat.”

As a result, as DPA and various other outlets report, the Troika is now “happy” with the Greek reform list. According to the WSJ, the “list of proposals submitted by the Greek government on how to overhaul the country’s economy appears to be in line with the principles set out by Eurozone finance ministers”

However, as also expected, the “bloc’s governments will require more detail on the proposals before giving Greece more money and possibly before approving its extension request.”

“In the commission’s view, this list is sufficiently comprehensive to be a valid starting point for a successful conclusion of the review, as called for by [eurozone finance ministers],” the official said. “We are notably encouraged by the strong commitment to combat tax evasion and corruption.” However, Jeroen Dijsselbloem, the Dutch finance minister who leads meetings of the eurozone ministers, said the proposals represented “just a first step.”

In other words, once Greece started down the path of concessions merely to obtain a bailout extension, something it swore it would never even contemplate, there is no reason to believe it will end any time soon especially as the threat of a terminal bank run hanging over the head of Tsipras.

Eurozone finance ministers will hold a phone conference at 13:00 GMT to discuss the measures, Mr. Dijsselbloem said, and, if they pass their scrutiny, approve the extension. That means national parliaments in countries including Germany and Finland can vote on the changes to the bailout program before it expires on Saturday.

The Greek list is six pages long and appears to set out the proposed measures in satisfactory detail, a European official who had seen the document said. Notably, the proposals include measures to “unify and streamline” Greece’s pension policy, the official said—despite resistance from the government in Athens until now to make further changes to its pension system. The government also pledged to fight early retirement, the official said, but also laid out plans to create a “basic income scheme” for early retirees, which would cushion some of the hardship brought on by the changes.

So what are the revised Greek reform promises? Here are some of the key proposals:

Good luck with any/all of these.

Furthermore, in the entire qualitative list of egregious promises none of which will be satisfied, there is not a single number to anchor any expectation, not a single benchmark, target milestone or timeline. In short, a big-picture bulletin of promises which the Troika will gladly accept just to kick the can for another 4 months now that the Tsipras government which was given just enough rope with which to hang itself, has been reduced to a shell, and merely an extension of the Samaras government, having reneged on virtually all its promises to the people.

In other words, back to square one. Only this time Greece has even freely available cash than ever before!

Just for the record, here is the letter of more promises Varoufakis sent to the Troika, pardon, Institutions.