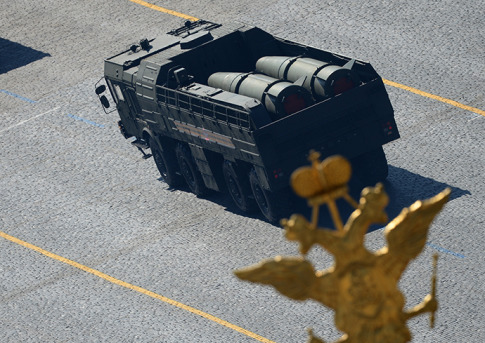 The Russian military has concluded a massive surprise drill in the Kaliningrad region to test the combat readiness of some 9,000 troops and 642 vehicles, including tactical Iskander-M ballistic missile systems rapidly deployed from the mainland.

The drills took place December 5-10, the head of the main Operation Directorate of General Staff, Lieutenant General Andrey Kartapolov announced on Tuesday. Military units and formations deployed in the Western Military District were brought to their highest level of combat readiness at 7 p.m. Moscow time on December 5.

The exercises involved missile and artillery units, mechanized infantry, airborne troops and marines, division reconnaissance, communications, logistics, as well as the crews of combat and military transport aircraft and helicopters, and vessels of the Baltic Fleet.

A fully operational and self-sufficient interspecific group of troops was created within a “very short period of time,” Kartapolov said, adding that currently all the units taking part in tactical exercises have returned to the places of their permanent deployment.

In 2014, the Russian military held numerous maneuvers in several districts of Russia, including two major exercise events – Vostok-2014 and Russia-China Naval Interaction-2014. Vostok 2014 was the most prominent military drill, held in 11 areas in the Far Eastern part of Russia with about 150,000 people participating.