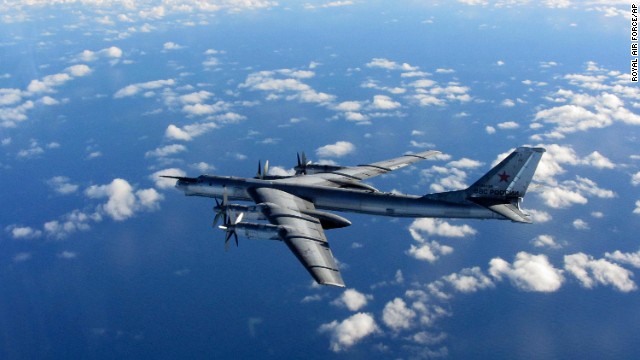 , surrounding the east-Ukraine conflict, leading to a report that the “European Union and the U.S. will weigh further sanctions against Russia’s economy and Ukrainian separatists, after the reported movement of tanks, artillery and combat troops into eastern Ukraine”, Russia has chosen to change track completely and give the US a dose of its own cooking, by bringing the military threat next to the borders of the US itself.

As cited by RIA and Bloomberg, yesterday Russian Defense Minister Shoigu said that “his country’s military will start conducting regular long-range bomber patrols along Russia’s borders and over the Arctic Ocean.” It gets better: while Russia has repeatedly denied it has moved its own troops into east Ukraine contrary to western press reports over the past week, it is making it quite clear it will soon move bombers just off the coast of the US: the Gulf of Mexico and the Caribbean.

RIA also adds that according to Shoigu Russian long-distance aviation flights and military preparedness has increase substantially over the past year.

So while NATO is building up its own forces along Russian borders, using even the smallest escalation in tensions over Ukraine as a pretext to send even more troops and warplanes, Russia has decided to retort in kind.

Russia plans to send long-range bombers to patrol the Gulf of Mexico and the Caribbean, the nation’s defense minister said, amid escalating tensions with the West over Ukraine. The patrols would bring the flights close to the United States’ territorial waters. In September, the U.S. intercepted six Russian planes, including fighter jets, near airspace off Alaska, officials said.

The plan to send the long-range bombers is in response to a growing international resentment against Russia, defense minister Sergey Shoigu said Wednesday.

In addition, he said, Russia will boost its security in Crimea, the region it annexed from Ukraine earlier this year.

“In many respects, this is connected with the situation in Ukraine, with fomentation of anti-Russian moods on the part of NATO and reinforcement of foreign military presence next to our border,” Shoigu said.

“Under these conditions, the formation of full-fledged and self-sufficient forces on the Crimean peninsula is a priority task.”

Shoigu said Russian long-range bombers will conduct flights along the Russian border and over the Arctic Ocean.

“In the current situation we have to maintain military presence in the western Atlantic and eastern Pacific, as well as the Caribbean and the Gulf of Mexico,” he said. “Due to that, as part of the drills, Russian long-range bombers will conduct flights along Russian borders and over the Arctic Ocean.”

So will sights like these become the norm soon in proximity to US shores? Probably not, but America’s response to being in the same situation as Russia finds itself, would certainly be one to watch. 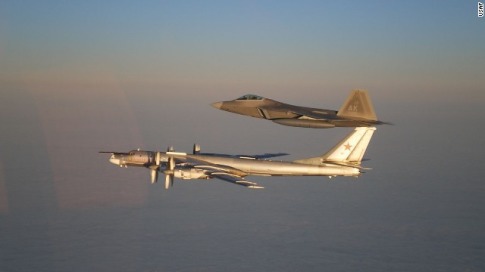 1 thought on “Russia To Dispatch Long-Range Bomber Patrols Over Gulf Of Mexico, Caribbean”