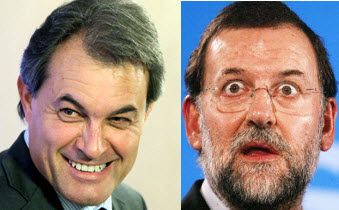 Prime Minister Mariano Rajoy has a problem. Despite his best legal and propoganda defenses (and harsh weather conditions) today’s symbolioc vote for Catalonia independence proceeded… and the initial results (with 88% of the vote counted) are in:

The Spanish government is saying the “data is not valid” and is investigating the illegal ballot calling it a “useless sham.” Catalan President Mas says pro-independence parties will meet this week to put pressure on Madrid.

Spanish Minister of Justice Rafael Catala said on Sunday that the ballot held in the northeastern region of Catalonia on its independence was a “useless sham.”

The Spanish government said that the ballot was antidemocratic, useless and has no legal effects. 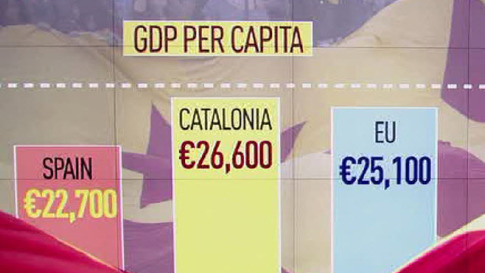