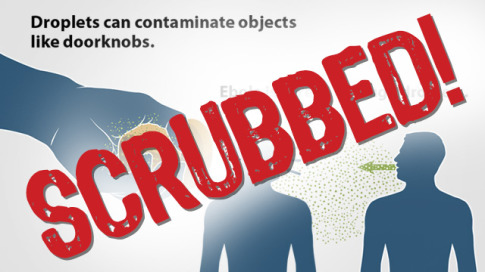 Just days after admitted it lied about how Ebola spreads and finally admitting the virus can spread through aerosolized particles propelled via sneezing or coughing, the CDC yanked its document off the web.

It replaced it with a new PDF that’s almost entirely empty, except for the statement “Fact sheet is being updated and is currently unavailable.” You can see that file at this CDC link.

As the editor of Natural News, I anticipated the CDC doing this, so I saved off a copy of the original PDF on Natural News servers, which you can access at the following link:
http://www.naturalnews.com/files/infections-…

“Ebola is spread through droplets” – admitted but now scrubbed

As you can see in the original document the CDC has now buried, it admitted “Ebola is spread through droplets,” and stated “Droplet spread happens when germs traveling inside droplets that are coughed or sneezed from a sick person enter the eyes, nose, or mouth of another person.”

The document also stated “Droplets can contaminate objects like doorknobs” and explained “A person might also get infected by touching a surface or object that has germs on it and then touching their mouth or nose.”

This document was the first time the CDC admitted the truth about how Ebola can spread through indirect contact. (All along, the CDC has insisted Ebola can only spread through “direct contact,” a claim based on pure medical quackery and a deliberate intention to deceive the American public.)

Here’s a snapshot from the original CDC document, now scrubbed:

CDC goes from incompetent to schizophrenic

The CDC, which merely looked incompetent before all this, now looks downright schizophrenic. 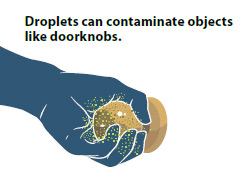 The CDC, of course, has a long history of scrubbing factual information it didn’t want the public to see. About a year ago, the CDC scrubbed medical history information describing how 98 million Americans were accidentally injected with primate cancer viruses via polio vaccinations.

That page originally stated, “More than 98 million Americans received one or more doses of polio vaccine from 1955 to 1963 when a proportion of vaccine was contaminated with SV40.”

Here’s a screen shot of the page the CDC scrubbed on polio vaccines: (click it to see the hi-res version) 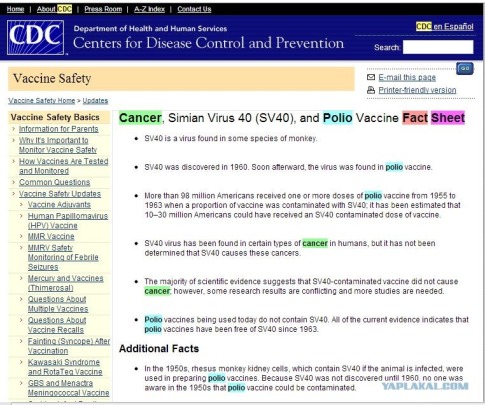 Today, of course, the CDC no longer admits that any such history actually took place. Revisionist history is so routine at the CDC that the agency smacks of George Orwell’s “Ministry of Truth” where history is constantly rewritten to shape the minds of the masses into present-day political delusions.

When it comes to the CDC, those delusions include the CDC’s longstanding ridiculous insistence that Ebola can’t be spread through the air, Ebola can’t contaminated surfaces, Ebola is difficult to catch, Ebola only has a 21-day incubation period and a long list of other assorted lies that contradict known epidemiological science.

What you are witnessing here with the CDC is an agency that’s so incompetent it can’t decide which set of lies to promote on any given day.

The really hilarious thing in all this is that every virologist in the world knows Ebola can be spread through indirect contact, and if it wasn’t for the NIH controlling the purse strings of most virology research in the United States, you’d have hundreds of scientists publicly speaking out and condemning the CDC for its outrageous, deliberate misinformation.

This is the same agency that trained Nurse Hickox as an “intelligence officer” who just happened to wind up in a quarantine while having the kind of media training to make a huge fuss about it and get the quarantines shut down.

At every turn, instead of working on behalf of the safety of the American public, the CDC is deliberately working in the interests of the Ebola virus by downplaying its transmission vectors, lying to the public and actively dismantling sensible defensive measures like travel restrictions or 21-day quarantines.

More and more Americans are now realizing the CDC has become a disgrace. As I said weeks ago, the agency is a “clear and present danger to the safety of the American people,” and the firing of Thomas Frieden is long overdue.

Until that happens, I wonder what lies the CDC will come up with tomorrow? Maybe they will claim Ebola can only spread if you don’t keep your fingers crossed or some other such quackery. It is no exaggeration to say that the CDC has become the most anti-science, quackery-promoting agency in the U.S. government, and it clearly suffers from a some kind of institutionalized mental disorder.

Obviously, anyone who wishes to survive an Ebola outbreak in America needs to take matters into their own hands and learn pandemic preparedness. To do that, just download all the MP3 audio files right now from www.BioDefense.com

Sources for this story include:
[1] http://www.cdc.gov/vhf/ebola/pdf/infections-…