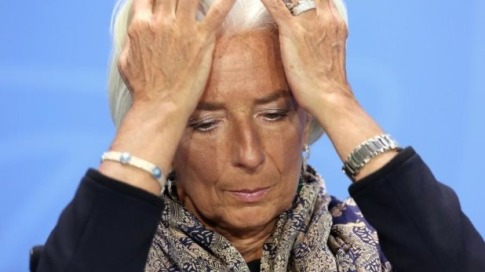 The IMF not only failed to stop the financial crisis from occurring, it encouraged the coordinated credit expansion that allowed housing bubbles in various industrialized countries. But now, the global financing giant appears to be having a “repent thy sinner” moment. In the Fund’s recent bi-annual report, the organization warns that the ultra-low interest policies of central banks is setting the stage for a new bust. According to the Guardian, the IMF says that “more than half a decade in which official borrowing costs have been close to zero had encouraged speculation rather than the hoped-for pick up in investment.”

Does this sound familiar?

Austrian-minded economic observers have been issuing the same warning for years. In the lead-up to the collapse of Lehman Brothers, mainstream commentators were aglow at the new prosperity. They thought the good times were here to last. Investment expert Peter Schiff was famously mocked on national television for saying that U.S. housing prices were unsustainable. Few economists sensed that anything was amiss, even as the Dow Jones Industrial Average hit historic highs. They were all doing their best Irving Fisher impressions; convinced that the market would never plummet but only keep rising.

The housing bubble, of course, came and went. Austrians foretold its bursting and were roundly ignored by most in the econ profession. Brad Delong dismissed the Austrian theory of the 2008 downturn, while calling fear of credit expansion a product of homophobic anti-semitism. Paul Krugman – maintaining his image as an unserious curmudgeon who moonlights as an economist – provided the New York Times with a nice strawman of what constitutes the Austrian explanation of business cycles. Noah Smith recently said Austrians are victims of brain worms.

Now the IMF appears to corroborate what Austrians have been saying all along: if you give banks cheap money, they will invest it in endeavors that aren’t always sustainable. This includes commodities and capital goods. Central bank monetary policy pumps up bank balance sheets, providing the incentive to drive up prices in goods that are deemed profitable. Not all of this investment is reflective of consumer demand. Inflation begets inflation, until the money spreads wide enough in the economy to raise prices at the consumer level. Central banks have two choices at this point: keep printing money or cease the expansion. If money keeps flowing into the system, the currency will soon lose all value. Should the central bank stop printing, there will be a recession of sorts. There is no alternative.

The Austrian theory of the business cycle has never been a radical premise. It only stipulates that any workaround of the natural cycle of economic growth must come with ensuing costs. It’s a simple law: you can’t get something for nothing. A majority of economists believe the opposite. In other words, they believe in magic.

The IMF may finally be waking up to the damage wrought by reckless credit expansion. Its warning couldn’t come at a better time. As Michael Pollaro of Forbes points out, money expansion is decelerating in the U.S. The slowdown in growth could explain the stock market sell-off seen in recent days. When it comes to whacky, out-of-sync monetary policy, a bust is always imminent. When or how the next will occur is unknown; but it will happen.

The IMF’s proposed solution fails to fix the core of the problem. The Fund wants new regulations to curb excessive risk-taking and bubble activities. But the answer isn’t tougher regulation or more vigilant supervision. The only way to stop the relentless boom-and-bust cycle is to allow the market to coordinate individual time preferences with the supply of money. Interest rates can form on their own through the voluntary buying and lending of currency.

So if the Austrian school was so prescient in predicting the housing collapse, and the international body responsible for supervising the global banking system agrees with its theory, where are the apologies? Why haven’t Paul Krugman and his statist comrades, at the very least, acknowledge some merit in the Austrian argument?

The answer is obvious. The second that expansionist, counter-cyclical monetary policy is seen as mere procrastination and not a solution, it will lose all credibility. The big banks will lose their lender of last resort. And sovereign governments will lose their most prominent financier. Ambrose Evans-Pritchard, The Telegraph’s house inflation worshipper, wants permanent, massive money printing to keep the world economy afloat, even as five straight years prove its uselessness. Some people never learn; or won’t let the truth of things interfere with their secondary agenda.

Nobody in the economic intelligentsia is implying that the IMF is staffed by paranoid cranks. They continue to ignore and belittle the Austrian school. This pompous and undeserved behavior will go on until it’s too late. In the process, the ivory tower disciples of Keynes will only further prove their intellectual bankruptcy. The average person never trusted them to begin with. And things certainly won’t change now. 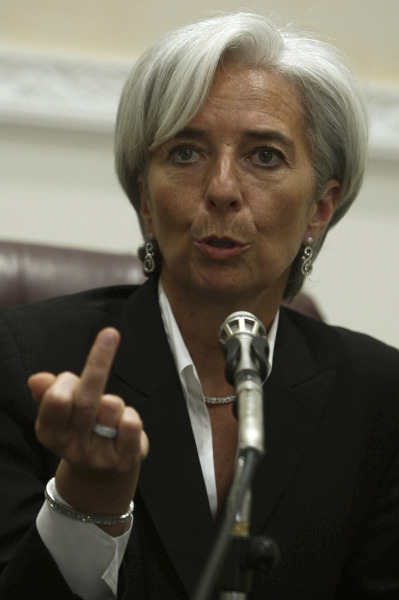