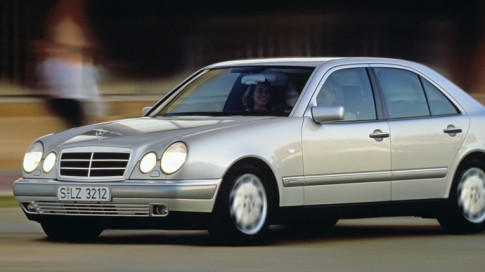 Imports of Western cars and clothes into Russia could be restricted as part of a second round of “retaliatory” measures prepared in response to the sanctions against Moscow, says presidential aide Andrey Belousov.

There are many sellers of non-agricultural goods in the West who are heavily dependent on the Russian market, the official said.

The Ministry of Economic Development has already prepared a list of goods the import of which could be restricted, the official said, adding that the retaliatory sanctions have to be such as not to harm but to support Russian producers and consumers.

On Friday, the EU put into effect a new package of sanctions against Russia, with a wide range of arms producers, energy companies and banks targeted, including the manufacturer of the world-renowned Kalashnikov rifles and oil major Rosneft.

That will have no serious impact on Russian arms exports, a senior official at the sanctioned state-owned high-tech corporation Rostec said Friday, according to Itar-Tass.

Experts believe the measures are unlikely have a short-term effect on the sanctioned industries.

“The capital market is well-developed and you can attract resources in different regions of the world,” RIA Novosti quoted Dmitry Baranov, a senior analyst at asset management company Finam Management, as saying.

An hour after the publication of the new EU sanctions list, the market reaction was quite restrained, with shares of energy firms Rosneft, Transneft and LUKoil even showing a 0.3 percent growth. By the end of the trading session Transneft added 1.83 percent, Rosneft grew 1.39 percent and Gazprom Neft went up 1.8 percent.

The EU has also halted services Russia needs to extract oil and gas in the Arctic, deep sea, and shale extraction projects.

Restrictions on developing oil and gas extraction in the Arctic could for the next 10-15 years be compensated for by onland projects in Siberia, according to Ivan Kapitonov, of the Russian Academy of the National Economy and Public Administration.

Besides, according to the document on sanctions, they will not affect “the execution of an obligation arising from a contract or a framework agreement concluded before 12 September 2014”. That means, for example, that the existing projects of Rosneft and ExxonMobil in the Arctic cannot be put on hold.

However, in the long run, the sanctions could hurt the industry, believes Grigory Birg, an Investcafe analyst, who says Rosneft is the most vulnerable as it has a lot of joint projects with Western companies financing initial expenses of geological exploration.

“That’s why potentially limitations on access to capital markets and the necessary technologies are capable of primarily hitting Rosneft,” Birg told RIA Novosti.

It’s not only the Russian companies and analysts that are assessing the damage already done and possible future damage from the “sanctions war.” Both the Russian and European economies are going to suffer, according to Politics First’s editor Marcus Papadopoulos.

“Europe is starting to show signs of coming out of the recession,” he told RT. “These sanctions, should Russia place them back, which Russia has every right to do, it’s tit for tat, could have an adverse effect on that recovery for Europe.”

The first round of “retaliatory” sanctions was introduced by Russia on August 7. Moscow banned the import of agricultural products from the European Union, the United States, Canada, Australia and Norway.

A month later an internal EU document, obtained by Reuters, estimated that the food embargo could cost the European Union €5 billion ($6.6 billion) a year.

Germany, Poland and the Netherlands are the top three food suppliers hit hardest by the Russian sanctions. The EU promised compensations for the affected farmers, but the amount of submitted claims for aid appears to be several times higher than EU’s annual trade with Russia.

The European Commission has been forced to suspend its aid.

Businesses in Germany, the EU’s largest economy, have already felt the brunt of the tit-for-tat sanctions.

The German Chambers of Commerce (DIHK) surveyed 300 companies doing business with Russia and a third of them reported their turnover declining by up to 50 percent, according to Reuters. Medium and small-sized businesses are said to be hit the hardest.

“Sanctions threaten to either kill our business or hamper our future development, because we can’t operate as usual. The software industry is particularly sensitive to the lack of trust they cause,” CEO of Dresden-based software developer Robotron, Ulf Heinemann, told RT.

Last year Germany made €36 billion doing business with Russia. Around 6,200 companies were involved, 10 percent of German exporters. About 300,000 jobs in Germany depend on trade with Russia.

The German economy shrank by 0.2 percent in the second quarter of 2014 after it demonstrated a 0.7 percent growth in the first three months of the year.

The German Finance Ministry explained in a report that it was “likely to have been related to the effect of sanctions and negative effects on confidence due to the Ukraine crisis.“

“I had to laugh when I saw this story on rt.com that Russia is going to stop buying western goods, thanks to greedy gut corporations, China has all the abilities to give them the same stuff.
China has all the equipment and the blueprints to produce any western quality product. China has been producing their own copies of all vehicles from Chevys, to Volvos, Lexus’, Cadillac, Rolls Royce………all versions of planes, jets, Power plants (thanks, GE), weapons……clothing, watches, computers…….you name it, they make it.

The short sighted, greedy gut corporations made a “deal with the devil” for slave labor for the past quarter of a century with the Chinese government. In return for virtually free labor, they agreed to give their product secrets to the Chinese; no trade agreements or regulations stopped their insanely greedy behavior that will now damage the EU and the entire west.
They were so greedy, they went for all slave deals they could cut. Now, China has the MFG technology and the know how to build any and all products from the west the east might need for the next quarter of a century.

This ought to have been obvious to anyone back in the early 1990s…..it was to me, and I am no genius. I was taught to think in the long term, not the short.

The real world war has been economic and has been going on since it became very clear to the rest of the world the US would do nothing to clean up it’s act, or reform any of the corruption that now has eaten the nation from the center……….into the empty shell it is today.

As of today, 33% of the world uses the dollar in completing international trades, down from 100% less than four years ago. The trade war (really, just a gentle squeeze from Putin so far) is being felt painfully around the EU, and the US pain is felt in the continuing fall of foreign investment…….they don’t like to discuss that publically……. 67% of the world no longer uses the dollar. By the beginning of next year, it will be worse. Nobody invests in the US any longer, and nothing is happening to change it for the better. Bankers are not national, they are global, and self serving, and they have eaten the US alive.

Your earlier article today about the FED was spot on. The FED is now raising interest rates on the poor slobs hanging on to underwater properties…….interest rates have tripled this year, and it is only September. I commented on one person I know who had their 2nd TD ARM mortgage raised from $1700 a month to $4400.00…..with no notice.
There are a lot of people still waiting for that promised recovery on US media that has never happened……making mortgage payments on homes far in excess of what the property is really worth. The greedy guts have kept many properties off the market to make people think real estate prices are going up, so it is almost time to flip those extra houses ……..except there are no good jobs to support a resurgence in housing……….jobs continue to vanish at about a million a month. New jobs are mostly low wage, part time, with no future………
This article I am putting at the base of this post is just another warning to the west for their fool sanctions……BRICS does not use the dollar, nor does it rely on the EU for much.
The EU relies on Russian gas, and these fool sanctions are insane.
Read this article……leadership continues to get crazier.”