– Here Is Why Europe Just Launched The “Nuclear Option” Against Russia (ZeroHedge, Sep 8, 2014):

Europe’s leaders, we assume under pressure from Washington, appear to be making a big weather-related bet with their taxpayers’ lives this winter.  As they unleash funding sanctions on Russia’s big energy producers, Europe has pumped a record volume of natural gas into underground inventories in an effort to ‘outlast’ Russia and mitigate any Napoleonic “Winter War” scenario. The plan appears to be to starve Russian energy firms of cashflow – as flows to Europe are already plunging – and remove their funding ability, potentially forcing severe hardship on Russia’s key economic drivers. There appears to be 3 potential problems with this plan…

Europe’s reliance on Russian natural gas shipments via Ukraine is declining after the region pumped a record volume of the fuel into underground inventories, minimizing the risk of shortages during the coming winter. 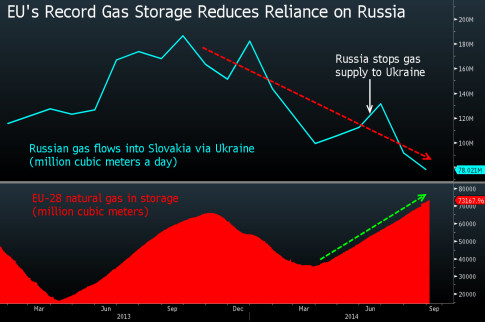 The blue line above shows average daily flows at Velke Kapusany on the Slovakian-Ukrainian border, the biggest single entry point for Russian gas into the European Union, last month fell to a record, according to data from Slovak grid operator Eustream AS going back to 2011. The red histogram shows the 28-nation bloc has pumped a record volume of gas into storage, according to Gas Infrastructure Europe, a lobby group in Brussels.

Natural gas flows from Russia to the EU haven’t been affected in the current crisis. Storage sites in Slovakia, which had to seek emergency imports after its supplies were cut in 2009, were 92 percent full on Sept. 4, according to Gas Infrastructure Europe.

So Europe is stocking-up – which makes perfect sense – just in case Russia pulls the plug… but has now taken the situation to “11” on the Spinal Tap amplifier of escalating tensions by planning sanctions on Russia’s energy providers.

stock-up now (to survive the winter)…

starve Russian firms of cashflow (thanks to stockpiles)…

cut off their funding source (sanctions)…

force Putin’s economy into a tailspin…

Putin folds and it all ends happily ever after

There appears to be 3 problems with this plan…

1) What if the weather is considerably colder than normal this winter? (i.e. they need more supply) 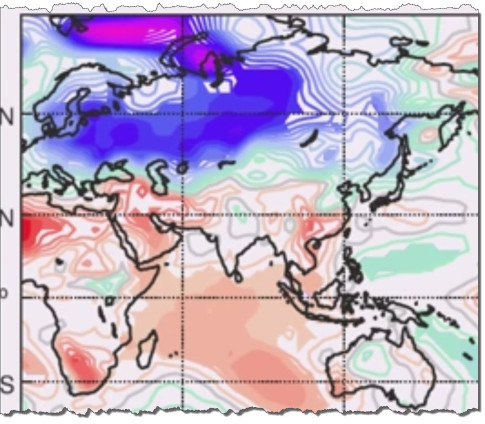 With a central based El Nino forecast for winter 2014/2015 this would suggest a chance of some brutal cold moving much of central and northern Europe at times this winter.

The Russian government, according to Bloomberg, is ready to provide 1.5 Trillion rubles financing to Rosneft to support production at current level, Prime Minister Dmitry Medvedev says in Vedomosti interview.

Details, ways of support are under review

Support wouldn’t be in one yr; needed to sustain output because Rosneft is budget’s main taxpayer

and furthermore, Gazprom appears to be quickly funding before the sanctions are actually put in place…

The company’s board to consider some loans Sept. 23, no details yet, news service reports 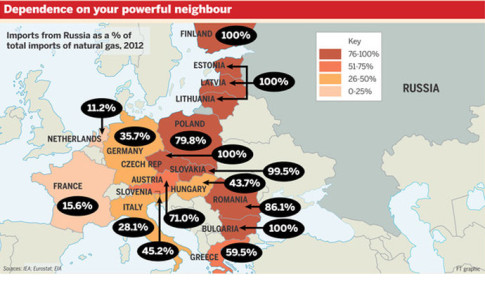 It appears that Putin is a patient man… why not wait till the stockpiles have dwindled, winter is over, and then press…?

It appears Europe’s short-term plan to mitigate the “Winter War” may have bigger boomerag consequences than they seem to believe (and bear in mind the consequences of cold, pissed off Europeans in the past).

We point out that planned sanctions are on Gazprom Neft will be sanctioned (not the gazprom nat gas entity) as Europe appears to be focused on the crude oil side of things for now.

New European Union sanctions on Russia will expand the number of Russian companies unable to raise money in the bloc’s capital markets to include three state-owned oil companies, according to documents seen by The Wall Street Journal.

The documents show the EU seeking to hit Russian oil companies, but leaving unscathed those involved in gas production and export, which are critical to many European countries’ energy supplies.

Under a modest expansion of sanctions introduced in late July, the three oil companies – Gazpromneft, the oil-production and refining subsidiary of OAO Gazprom, oil transportation company Transneft, and oil giant Rosneft – will be forbidden from raising funds of longer than 30 days’ maturity.