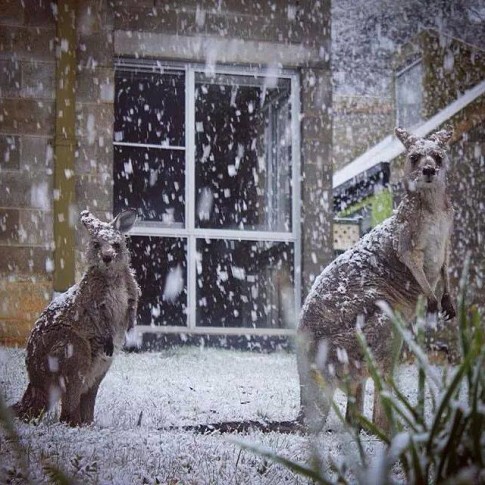 Accused of criminally adjusting data to show “global warming” where none actually exists.

“At Amberley, Queensland, for example, the data at a weather station showing 1 degree Celsius cooling per century was “homogenized” (adjusted) by the Bureau so that it instead showed a 2.5 degrees warming per century,” says this article on Brietbart.com.

“Last year, the Australian Bureau of Meteorology made headlines in the liberal media by claiming that 2013 was Australia’s hottest year on record.

“But we now know, thanks to research by Australian scientist Jennifer Marohasy, that the hysteria this story generated was based on fabrications and lies.

“Though the Bureau of Meteorology has insisted its data adjustments are “robust”, it has been unable to come up with a credible explanation as to why it translated real-world data showing a cooling trend into homogenized data showing a warming trend.

“Repetition is a propaganda technique. The deletion of information from records, and the use of exaggeration and half-truths, are others. The Bureau of Meteorology uses all these techniques, while wilfully ignoring evidence that contradicts its own propaganda.’’

Similarly dishonest “homogenizations” made by agencies in the U.K. and U.S.

“This is a global problem. Earlier this year, Breitbart reported that similarly dishonest adjustments had been made to temperature records by NASA and NOAA. Similarly implicated are the UK temperature records of the Met Office Hadley Centre and at Phil “Climategate” Jones’s disgraced Climatic Research Unit at the University of East Anglia.”

Thanks to Dean Koehler, James Stoffaire, Dennis Mccleney and Robert Brown for this link

“Another set of bogus temperature numbers revealed,” says Robert Brown. “Great article and just another nail in the coffin the global warming cultists will try to ignore or explain away.”

Some of the comments about such homogenization (adjustment) of data:THE Bureau of Meteorology’s homogenisation of temperature records reminds me of an old statistician’s joke. If you put one foot in a bucket of iced water and the other on a red hot stove, on average you’ll be comfortable.

THE massive, Greens-driven expenditure world wide in recent years to “reduce the impact of anthropogenic global warming” created a huge international cohort of scientists who will do anything to defend funding for their patch. Jennifer Marohasy has challenged them and must be congratulated for doing so

Thanks to Dean Koehler for this link