– Fukushima Much Worse Than A Nuclear War (Video) 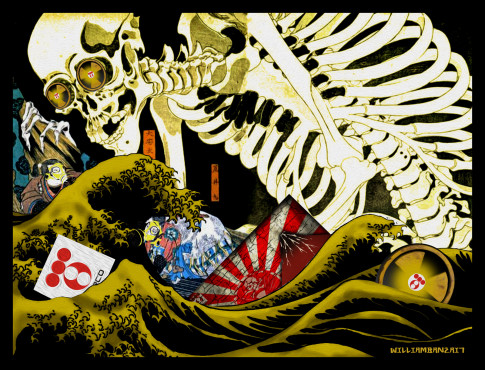 – CBC: We all felt we’re doomed from Fukushima, it’s spreading across Pacific, there will be no fish and the sea life will be dead — Professor: As we speak it’s releasing radioisotopes directly into ocean and there’s no end in sight; Reactors are not under control, it’s an ongoing disaster (AUDIO & VIDEO) (ENENews, Aug 17, 2014):

Jacques Repussard, Director General of IRSN (Office of radiation protection in France): “It is obvious that for a long time, fishery products from the Pacific Ocean will have to be monitored in a rather large area. Why? Because even if radioactive pollution is concentrated in a small part of the Pacific Ocean, behind is the beginning of the food chain. We are forced to check what’s in the tuna, and fish to derive consumption standards acceptable when in fact we don’t know how to predict. Whereas in the field of agriculture for example, research was done after Chernobyl so we are able to predict.” >> Watch the film here

Fukushima Accident — Contamination of the Environment, IRSN (at 7:30 in): The Fukushima accident resulted in the largest release of radioactive substances every observed over a short period of time… The ocean currents disperse the radioactive pollutants away from Japan and towards the coast of the United States. Nevertheless, the area close to the shore of Fukushima is likely to remain polluted… >> Watch the film here

2 thoughts on “CBC: We all felt we’re doomed from Fukushima, it’s spreading across Pacific, there will be no fish and the sea life will be dead – Prof: As we speak it’s releasing radioisotopes directly into ocean and there’s no end in sight”