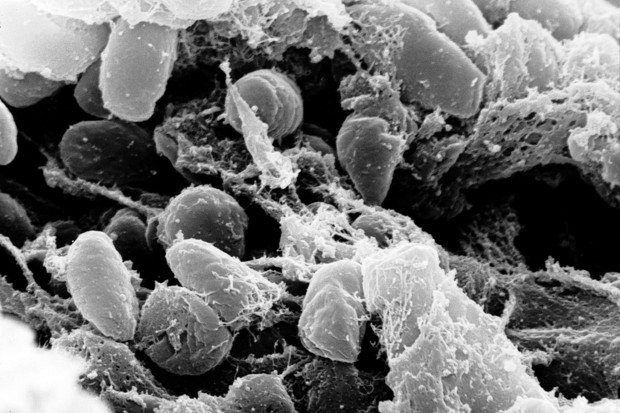 Shocked by this development, the state was working to investigate the source of exposure and to identify those who may have been exposed through close contact with the individual, the Colorado Department of Public Health and Environment said in its statement. “Any individuals exposed will be recommended for antibiotic treatment.” Alas, that may be futile, because while untreated plague is fatal, antibiotics have to be given within 24 hours of the first symptoms to reduce the chance of death. Symptoms of the disease include fever, headache and chest pain, along with a pneumonia that develops rapidly causing shortness of breath, chest pain and bloody mucus, according to the CDC.

Since there is no vaccine available for plague in the US, one can understand why the authorities are doing their best to prevent a panic: Colorado officials recommended that residents keep pets away from wildlife, especially dead rodents. The plague can spread from animals after a large die-off of prairie dogs, when fleas with the bacteria seek new hosts, according to the state. “The message we’re trying to get out is that the plague bacteria is present here in Colorado, and to take necessary precautions to avoid getting infected.”

Alas, the message appears to not have gotten out in time. According to Bloomberg, things in Colorado are about to get worse as three more plague cases have been found in Colorado, a week after the first infection of the deadliest form of the disease was reported in the state in a decade.

The man initially reported with pneumonic plague on July 11 is hospitalized. Two of the new cases also had pneumonic plague, while the third had a milder form. All four cases may be linked to the original man’s dog, which died from the illness, state health officials said. Or they may not.

The good news is that the people newly-found to be infected were treated with antibiotics, recovered, and are no longer contagious. Health officials suspect the dog that died may been exposed to plague-infected fleas from a prairie dog or rabbit, said Jennifer House, a spokeswoman for the Colorado Department of Public Health and Environment department.

The bad news, is that the last time we heard about a case of plague in Colorado, that too was supposed to be the last one. But that won’t prevent the authorities from attempting to talk down the spread in cases:

Plague in all of its forms usually infects an average of seven people yearly in the U.S., and is found mostly in the western states of Arizona, New Mexico and Colorado, according to the Centers for Disease Control and Prevention. The disease is transmitted by fleas, which pick up a bacterium called Yersinia pestis in infected animals such as chipmunks, prairie dogs, ground squirrels, mice and other mammals.

“While this is not a daily, weekly, or monthly occurrence, it isn’t without precedence,” said Jim Siedlecki, director of public information of Adams County, where the original victim lives, in a telephone interview. “A case of plague where fleas and prairie dogs are involved isn’t earth shattering for Colorado.”

What about four cases?

In any event, we are confident that along with the surge in other tragic news from around the globe in the past week, this too will at most send the stock “market” to even higher all time highs.