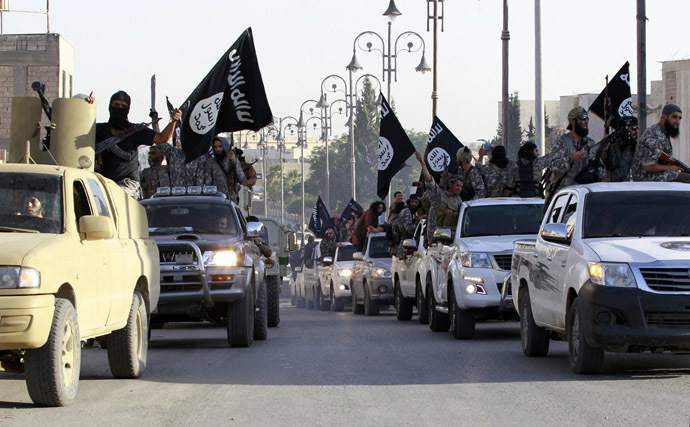 A group of jihadists claiming to be part of ISIS have vowed to invade Spain along with all other “occupied lands” in a video posted on the web.

The men say Spain is the land of their forefathers and that they are prepared to die for their nascent Islamic State.

The video of two men claiming to be militants from the Islamic State of Iraq and the Levant (ISIS) has taken the Spanish media by storm. The minute-long footage shows them speaking in Spanish, and saying that ISIS will take over Spain.

“I tell you, Spain is the land of our forefathers, and, Allah willing, we are going to liberate it, with the might of Allah,” says one of the men. He adds that the group won’t stop at Spain and intends to spread its Islamic Caliphate across the world.

“I say to the entire world as a warning: We are living under the Islamic banner, the Islamic Caliphate. We are going to die for it until we liberate all the occupied lands, from Jakarta to Andalusia,” he said.

The footage has not yet been independently verified, but it would not be the first video released by the group. Last month, ISIS released a propaganda video entitled: “There Is No Life Without Jihad” in which Australian and British members of the group appealed in English for Muslims across the world to join their cause.

“We have brothers from Bangladesh, from Iraq, from Cambodia, Australia and the UK,” says a militant called Abu Muthanna al-Yemeni, who himself comes from Britain, according to a video caption.

The extremist Sunni Muslim group began to seize control of towns and cities in Iraq at the beginning of June. Since then it has captured large swathes of the region, straddling the Iraqi-Syrian border and continues to advance on the Iraqi capital, Baghdad.

The leader of ISIS, Abu Bakr al-Baghdadi, announced the creation of an Islamic State, or caliphate, encompassing the lands that the group has taken under its control. He also called on Muslims throughout the world to join the cause and fight for ISIS.

“Muslims everywhere, whoever is capable of performing hijrah (emigration) to the Islamic State, then let him do so, because hijrah to the land of Islam is obligatory,” he added.

So far Iraqi security forces have done little to slow the advance of the Islamist group, with the government appealing for aid from abroad to repel the onslaught.

The US has sent 300 military advisors to Iraq to combat the threat and is deploying another 300 troops, helicopters and drones in the area. Saudi Arabia has also deployed 30,000 troops along its border with Iraq, while Russia has sent fighter jets and pilots to support the Baghdad government against ISIS.