Here is a shocker: for all the damnation Obamacare, which according to poll after poll is loathed by a majority of the US population, has gotten if it wasn’t for the (government-mandated) spending surge resulting from Obamacare, which resulted in the biggest jump in Healthcare Services spending in the past quarter in history and added 1.1% to GDP … 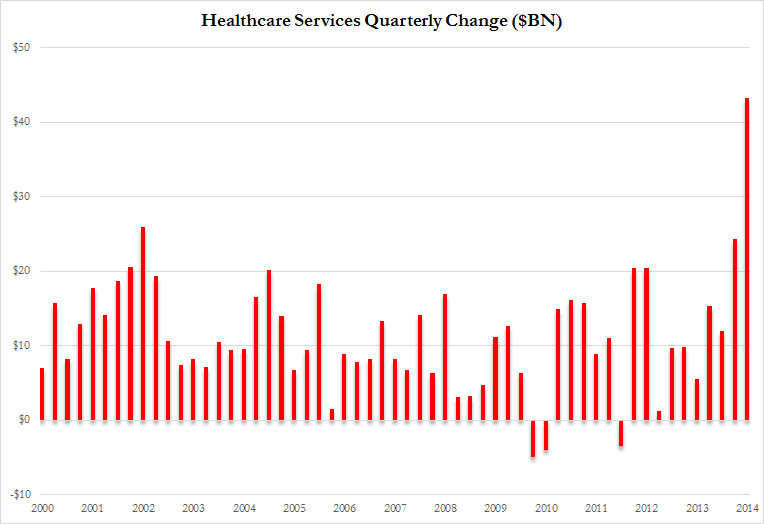 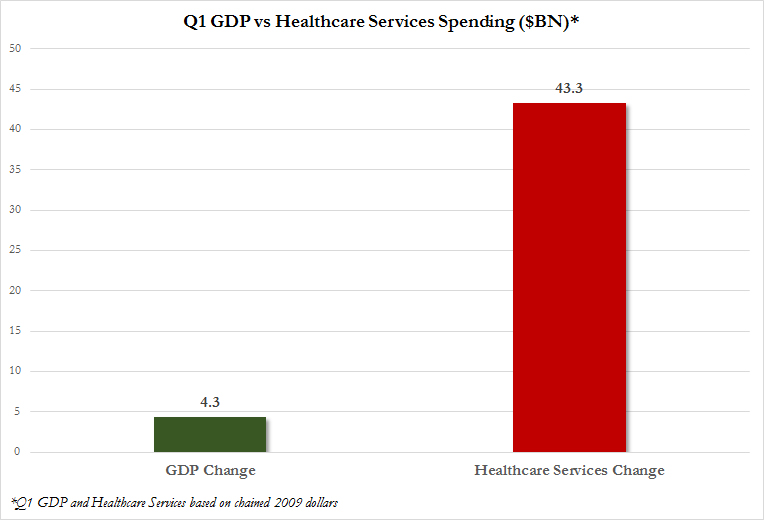 It’s curious how the weather impacted (or rather is used as an excuse to explain) everything but government-mandated healthcare spending in the first quarter.

And of course, for all those who correctly point out that mandatory spending on healthcare took away from spending on every other discretionary item possible, well… you are right.

5 thoughts on “If It Wasn’t For Obamacare, Q1 GDP Would Have Been NEGATIVE 1.0%”