Despite consensus at 1.2% growth QoQ, the “weather” destroyed the fragile stimulus-led economy of the US which managed only a de minimus +0.1% QoQ growth (the lowest since Q1 2011). However, as Steve Liesman noted on the heels of Mark Zandi’s comments “basically ignore this number” – ok then. Spending on Services, however, surged by the most since 2000 – heralded as great news by some talking heads – but is merely a reflection of the surge in healthcare and heating costs (imagine if it had not been cold and if Obamacare hadn’t saved us). As a reminder – this is the growth that is occurring as QE has run its course, as stimulus ends, and as escape velocity nears… if the “weather” can do this much damage to the US economy, should stocks really be trading at the multiple of exuberant future hope that they are? 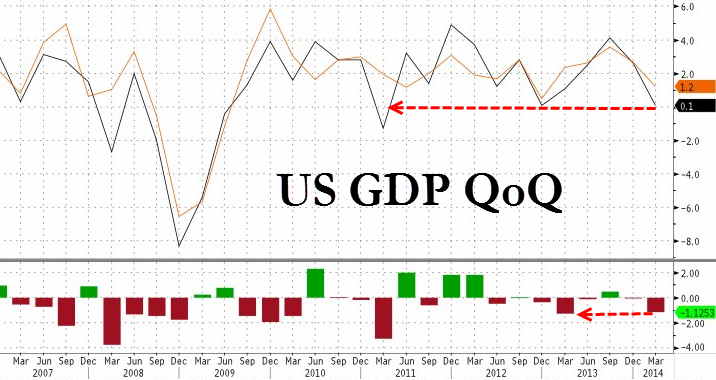 The full breakdown of GDP components: 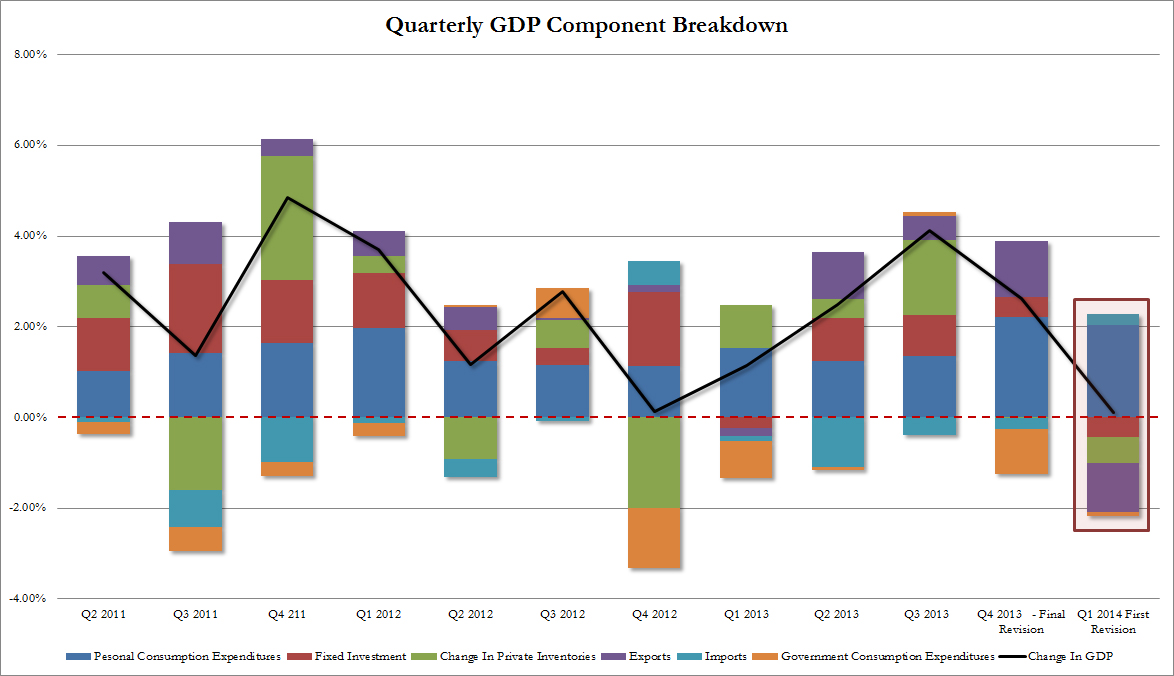 And here’s what everyone’s favorite economist, who was off only by around 1900%, thought:

4 thoughts on “GDP Shocker: US Economic Growth Crashes To Just 0.1% In Q1”