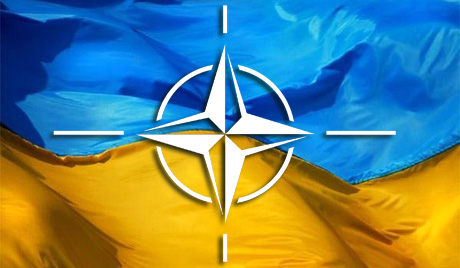 A draft resolution “On Ukraine’s gaining membership in the North Atlantic Treaty Organization and the European Union” was submitted today to the Verkhovna Rada by radical Deputy Oleg Lyashko. It is registered at the Secretariat of the Ukrainian Parliament and sent to the Committee on Foreign Affairs, Committee on the Issues of European Integration and other committees of the Verkhovna Rada.

The heads of state and government of the European Union’s 28 member countries and EU leaders signed the political section of the EU-Ukraine Association Agreement in Brussels on Friday in the presence of Ukrainian Prime Minister Arseniy Yatsenyuk. The document carries the signatures of Yatsenyuk, European Council President Herman Van Rompuy, European Commission President Jose Manuel Barroso and the heads of the union’s 28 nations

It was signed during the working session of the European Council, which discussed the situation in Ukraine on Thursday. The EU summit will continue after the signing ceremony.

All things considered, Kiev is building a Western-oriented policy, though, at the same time trying to keep a foot in both camps. However, the new Ukrainian government did not respond to the concerns of experts, who insist that there is the second side of the coin in Ukraine’s potential accession to the EU. The experts fear that there is a high risk of recurrence of the situation with Greece, Romania or Bulgaria, where such actions have led to a further weakening of the economies of these countries. Given the current poor state of the economy in Ukraine, such a policy could lead to an exacerbation of disturbances among the population.

The European Union summit participants have promised Moldova and Georgia to sing agreements on association by June, it is said in the final statement of the summit on Ukraine.

Meanwhile, the document says nothing about the prospects for the EU membership of Ukraine, Moldova or Georgia.

The document says that the European Union confirms its goal to further strengthen political association and economic integration with Georgia and Moldova. It confirmed the EU goal to sign with them agreements on association and on a free trade zone no later than June 2014.

Ukraine’s interim Prime Minister Arseniy Yatsenyuk is due Friday to sign parts of a highly symbolic deal on closer political ties with the European Union.

The signing of the political chapters of the association agreement is a “concrete sign of the EU’s solidarity with Ukraine,” EU President Herman Van Rompuy said, adding that it would give Ukrainians “a prospect of a European way of life they deserve.”