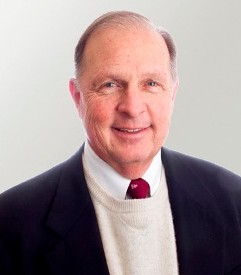 – Celebrated Physician: Fukushima has humanity “on brink of a possible worldwide nuclear holocaust” — “The world as we know it has changed” — “Effects on our health are incomprehensible” (ENENews, Nov 1, 2013):

Infectious disease specialist Dr. Stephen Hosea, MD in the Santa Barbara Independent, October 31, 2013: Radioactive Fallout from Fukushima — The World as We Know It Has Changed […] I believe that humanity is standing on the brink of a possible worldwide nuclear holocaust. The world as we know it has already changed as the result of radioactive material that has been released into the air and the ocean. I am not an alarmist, but I am alarmed. […] I know radioactivity has been and continues to be released into the air and ocean. The effects on our health are incomprehensible because the magnitude of radioactivity released and the extent of spread and contamination are virtually unknown. […] In my clinical career, I have had the good fortune to care for the homeless and the disenfranchised and the rich and the famous. When one is lying in a hospital bed with those special gowns that are wide open in the back, everyone is pretty much the same. The air we breathe, the water we drink, the food we eat are gifts of life for all of us no matter what our creed or our color. I know that these precious gifts have been contaminated. The silence from the media and the powers that be has been deafening. […] We have an opportunity to help the Japanese with the crisis in Fukushima. I want the best and the brightest that money CAN’T buy to be making those decisions. This is not a request–this is an inalienable right for the sake of our children and our children’s children and all of humanity. […] The time to act is now.

More about Dr. Hosea from the Santa Barbara News-Press: Mention Dr. Stephen Hosea and the accolades begin. […] “He is just a phenomenal doctor, as well as just a wonderful guy,” said Dr. Elliot Schulman, health officer and Santa Barbara County Public Health director. “Everyone concurs,” said Peter MacDougall, past president of the Cottage Hospital board of directors. “Not only does he have tremendously strong technical competencies, but his personal modalities with patients, his caring, the deep sensitivity he shows represent just a terrific model for new doctors. “He’s as close to a model physician as you could ask for,” Mr. MacDougall said. “We are, frankly, blessed to have a man of his talents.” […] a leading specialist on infectious disease […] Government officials consider him a go-to guy, regularly seeking his advice on stemming the spread of illness. […] Shortly after his 1973 graduation from Harvard Medical School, Dr. Hosea began his residency at Massachusetts General Hospital in Boston. […]

Nov. 1, 2013: If you’re anywhere near the Santa Barbara area on Friday, do not miss Dr. Hosea’s lecture, “The Perils of Fukushima: What You Don’t Know Really Could Kill You” — Cottage Hospital, Burtness Auditorium, 400 W. Pueblo St. Santa Barbara at 12:15p.

– Fukushima Is Falling Apart: Are You Ready … For A Mass Extinction Event?

2 thoughts on “Celebrated Physician: Fukushima Has Humanity ‘On Brink Of A Possible Worldwide Nuclear Holocaust’ – ‘The World As We Know It Has Changed’ – ‘Effects On Our Health Are Incomprehensible’”