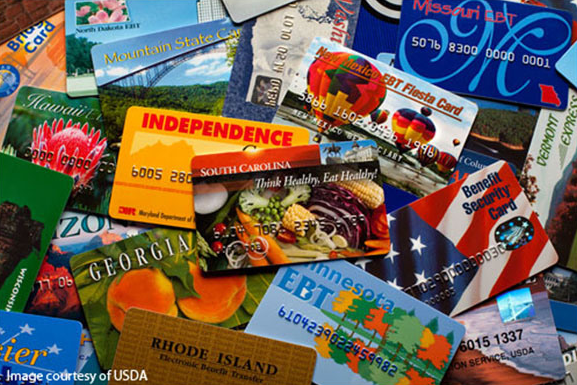 Today, one of America’s best-known welfare programs with 47.6 million participants or 15% of the total population, the Supplemental Nutrition Assistance Program also known as “foodstamps” or EBT, is due for a substantial haircut: beginning Friday, there will be a phased in $5 billion reduction (6% of the program) for the 12 month period starting November 1st 2013. So what happens next?

The U.S. Supplemental Nutrition Assistance Program (a.k.a. Food Stamps) is the largest means-tested social support program in the country, with $6.3 billion in direct monthly cash transfers to individuals for the purchase of food.  Some 47.6 million people (15% of the total population) are in the SNAP program as of the most recent data (July 2013) and these individuals receive an average of $132 per month.  This support is set for a cut on Friday, with a $5 billion reduction (6% of the program) for the 12 month period starting November 1st 2013.  From a Wall Street perspective, these numbers may seem small at 0.0003% of GDP.  From the perspective of Main Street, however, is means a cut of $36/month for a family of four receiving full SNAP benefits.  Record levels for stocks, record level for SNAP participants…  An odd societal disconnect, to be sure.

We’ve written about the U.S. Supplemental Assistance Program (SNAP, also known as food stamps) in these pages over the years even though the topic bears no direct relationship to corporate earnings, interest rates, the Federal Reserve, or any other recognized business topic.  The reason for this focus is threefold:

In the spirit of bringing our two warring readerships together, I would propose the following statement: “Something has changed about America since the Financial Crisis, and the still widespread popularity of the SNAP program is emblematic of that shift.”  Or, in the words of Bill Parcells, “You are what your record says you are.”  The American economic record, based on the Food Stamp data, is still pretty lousy:

We’ll sidestep the inevitable political discussion for a moment longer, and point out that things are about to change in the food stamp program.  On November 1st, everyone in the SNAP program will see lower payments.  Here’s the hows and whys:

Let’s see if we can dodge the political bullet for one more paragraph, with a few more fact-based points:

To sum up (apolitically, of course)… The amount of money 15% of the U.S. population uses to purchase food is about to go down, and by enough so this group will notice its absence.  It may not matter to the economic data on which Wall Street hangs its fedora, but it is certainly enough to spark a political response.  How this plays out, I honestly have no idea.  We are in uncharted waters here, as the historical record clearly shows.