As the Detroit bankruptcy hearing heats up following news that the city’s unsecured creditors, among them pensioners, are set to recover pennies on the dollar, 16 to be precise, the question of which are the next cities to follow in the footsteps of bankrupt Motown, becomes relevant once again. Courtesy of the WSJ, and the second part of its series on “U.S. Cities Grapple With Finances“, here is a list of the US cities that when push comes to shove metaphorically, and when the money runs out literally, will have no choice but to knock on the door of the local regional bankruptcy court and submit that long-prepared bankruptcy petition. Specifically, here are the cities that have 10 days or less in cash on hand available. Because, unless one is the Fed, cash and lack thereof is all that matters.

The list below ranks the top 10 cities in terms of days cash on hand. Needless to say, a city with a low number in this category (such as 0.0) may have trouble paying bills, bribes, lap dances and other core municipal outlays. 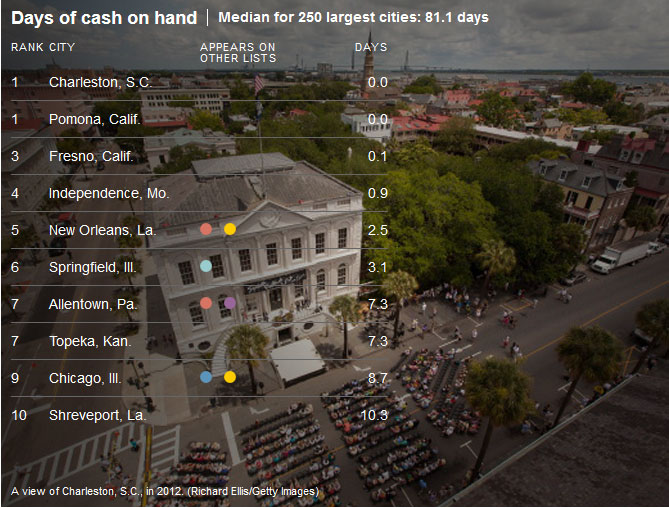 Shifting away from the stock, and looking at the flow, as Detroit showed the world the very hard way, cities mired in pension costs will ultimately default and lead to massive haircuts to the retirees. The following 10 cities have the greatest percentage of pension costs as a percentage of the city’s general fund. 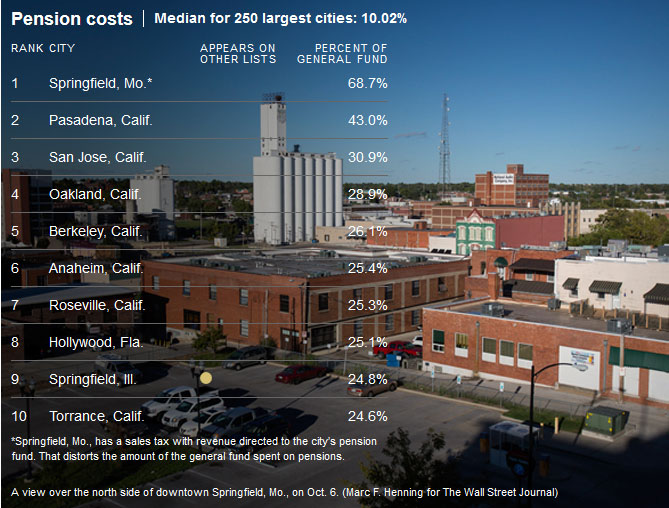 Of course, cash on hand while perhaps the most important factor, especially if a city becomes a net cash burner, is hardly the only indicator to keep an eye on. Additional consideration must be given to amount of reserves, or the ratio of a city’s total fund balance to expenditures, because if this is negative it means the city spends more than is available. 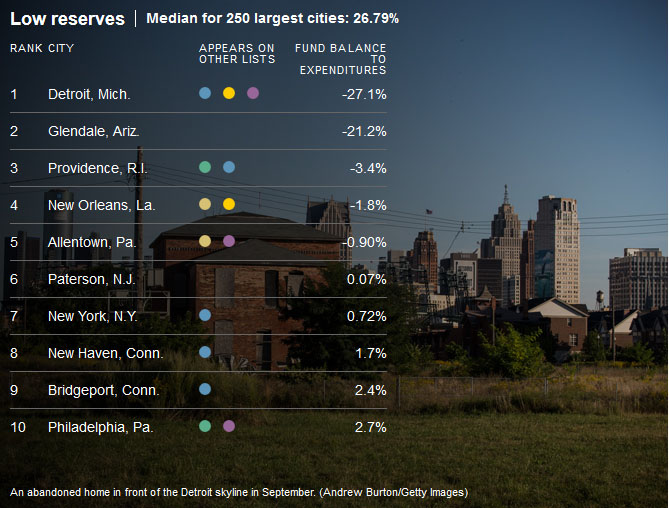 Another relevant factor: taxable real estate per capita – the lower the number here, the weaker the real-estate market, which also means the lower the city’s overall wealth and its ability to raise property-tax revenue. 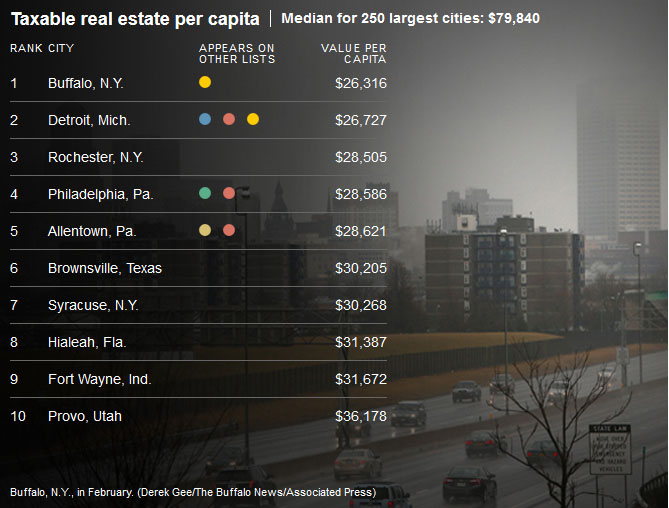 Debt interest costs may not be a factor under the Fed’s centrally-planned ZIRP world, but when rates once again go up, there will be blood. The following 10 cities have the highest amount of debt per capita: it may not be a problem now, but it will be sooner or later. 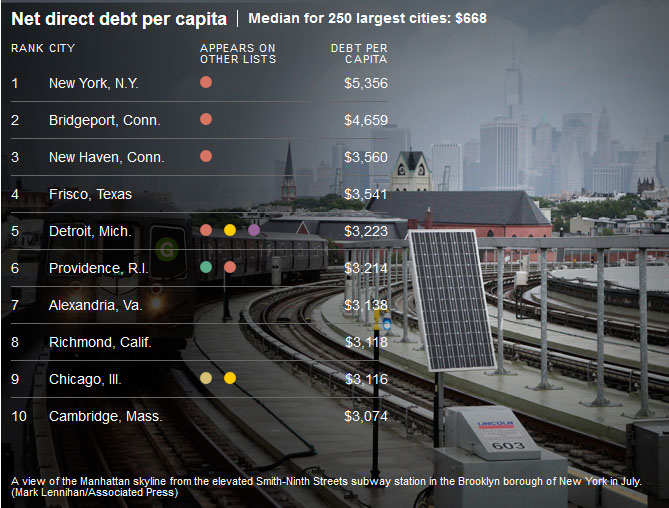 Last but not least is the most subjective indicator, yet perhaps the most forward looking one: population growth. Because if anyone knows the reality behind a city’s numbers, it is the people who live there. If people see no long-term opportunities they move somewhere else – simple as that. And the less population a city has, as anyone who has played the SimCity series knows, the less property, income and sales tax can be collected, and the more costs have to be squeezed, resulting in the dreaded evil “austerity” and, ultimately, default. 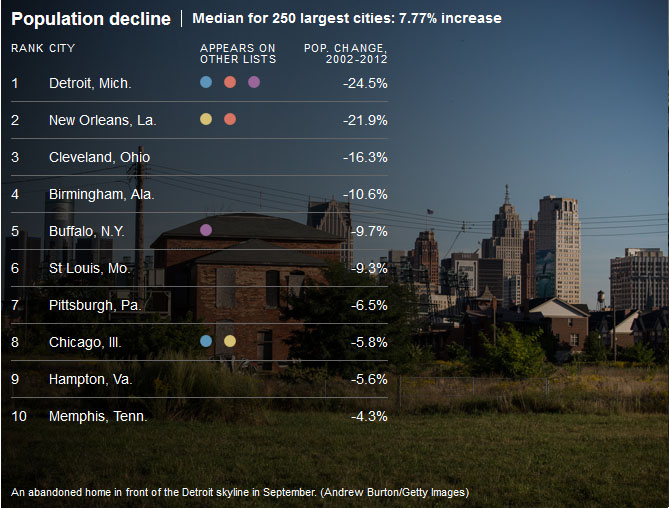