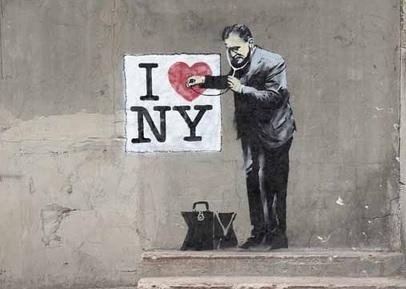 “Public corruption, based on all the evidence, appears rampant. And the ranks of those convicted in office have swelled to absolutely unacceptable levels. State Senators as well as State Assemblymen; elected officials as well as party leaders; city council members as well as town mayors; Democrats as well as Republicans.”
– Preet Bharara, U.S. Attorney for the Southern District of New York (the district that has failed to rein in the serial crimes by Wall Street’s biggest firms)

It’s no surprise to me that New York is exceedingly corrupt. It’s a huge city, with a ton of wealth and massive income inequality. That’s basically the primary breeding ground for wide-scale corruption. However, it also comes as no surprise to me that the situation has gotten a lot worse in recent years. After all, NYC is the headquarters of some of the largest financial institutions in the world. As such, some of the worst actors in the recent financial collapse call the city home. The whole world watched as these criminals and shysters not only evaded criminal charges, but were also rewarded trillions of dollars of public support for their efforts.

The example was set. Crime pays, and now the entire city seems to be following their lead.

Pam Martens has written and excellent article about corruption within New York’s legal system. Some excerpts from Counter Punch are below:

The insidious greed and public looting that Wall Street has nurtured to an art form in New York City is metastasizing like a virulent tumor strain throughout the state, fraying the social fabric and crushing people caught in its grip like bugs.

On Tuesday evening, September 17, 2013, Seema Kalia was scheduled to give testimony before the first public hearing of the New York State Moreland Commission on Public Corruption.  But according to Michelle Duffy, a spokesperson for the Commission, when Kalia’s name was called that evening, there was no response.

Kalia could not respond because she was abruptly arrested in the foyer of a courtroom on the very morning she was set to give testimony, ostensibly for contacting her ex husband, a portfolio manager on Wall Street, seeking back support payments. Kalia is being charged with violating a court order barring her from contact with her husband because she is alleged to have thrown one of his own men’s shoes at him in 2012 – a device characterized by the District Attorney’s office as a “weapon.” Typically, a misdemeanor charge of this nature would not result in jail time.

In Kalia’s case, however, she has been jailed at Rikers Island since September 17 and when she went before a Judge on October 4, she was sent back to jail for another 33 days after she declined to plead guilty to attempting to do bodily harm with a “weapon.” Her bond was doubled from $7,500 to $15,000. The earliest she might be released is November 7, her next court date.

When it came time for the general public to testify about public corruption, it wasn’t legislative leaders the witnesses railed against, it was corrupt judges. Multiple witnesses testified to having real estate property stolen through corrupt court proceedings. One witness, Dale Javino, said he was cheated out of his life savings in bankruptcy court and what happened to him “is like what happens in Nazi Germany…”

Janice Schacter, a retired attorney, said that the Thomas Street location of the New York State Supreme Court “is pay to play; orders are not enforced, laws are not applied, domestic violence is treated with derision and conflicts of interest are ignored. Deference and preferential treatment are given to wealthy spouses and lawyers of prestigious firms.” Schacter also testified that the judge involved in her case attempted to censor her contact with the press by threatening to send her to jail at Rikers Island for 20 days. She said she was still having nightmares about it.

The one thing that sets the two apart is that Seema Kalia is behind bars in Rikers Island over a misdemeanor charge which is incorrectly listed as a Class D Felony at the New York City Department of Correction inmate lookup web site. I provided the correct information to the Department of Correction, showing that the shoe-throwing incident had previously been reduced to a misdemeanor by the District Attorney’s office, and asking if someone might have provided phony documents to incarcerate Ms. Kalia. A response was promised by my deadline. None was forthcoming.

In 2007, New York State Supreme Court Judge Gerald P. Garson was convicted of accepting bribes from divorce attorney Paul Siminovsky. During an eight-month investigation by the Brooklyn District Attorney’s office, a video camera secretly placed in Garson’s chambers captured Siminovsky plying Garson with expensive cigars and cash. In court proceedings, Siminovsky testified that he entertained the judge with drinks and meals in exchange for favorable courtroom treatment. Siminovsky pleaded guilty and was sentenced to a year in jail.

After years of appeals, Garson, who had heard over 1,100 divorce cases, served only 2 ½ years in prison before being paroled on December 23, 2009. His maximum term could have been as much as 15 years at the time of sentencing but he received a sentence of 3 to 10 years. His early release set off protests with signs saying “Crime Pays In New York City” and “Justice for Sale.”

If one needs the ultimate proof that New York cannot heal itself, consider the amount of the bail bond that was set prior to sentencing after Judge Garson was convicted of accepting bribes while seated as a New York State Supreme Court Judge. His bond was set at $15,000.  That’s the amount set in Seema Kalia’s case for a misdemeanor charge stemming from throwing a man’s shoe.

Good thing Mayor Bloomberg is focused on arresting Banksy when the city’s legal system has become one giant cesspool of fraud and corruption.