Somewhere deep down inside the European Union’s leaders must know how foolish they are with their constant proclamations that the worst of the crisis is over and that growth will return any moment now. For now, the realists in the market have to be content with hard data, and as AP reports, Spain’s central bank reports the troubled nation’s debt jumped to a record 88.2% of GDP in Q1 2013. The year-over-year rise is also the fastest on record – so no green shoot there as the bank notes it expects the debt burden to rise to 90.5% of GDP by the end of 2013 (but may revise that forecast – up). The raw numbers are awesome. Spain’s debt was EUR 922.8 billion at the end of March – up 19.1% from a year earlier and with unemployment at 27.2% and a fourth year of recession, the more-than-doubling of debt-to-GDP in the last five years suggests the ‘OMT call’ may be getting closer. The stagflationary slump in Europe (inflation rising faster than expected as growth lags) continues with nearly 20 million people out of work across the region. 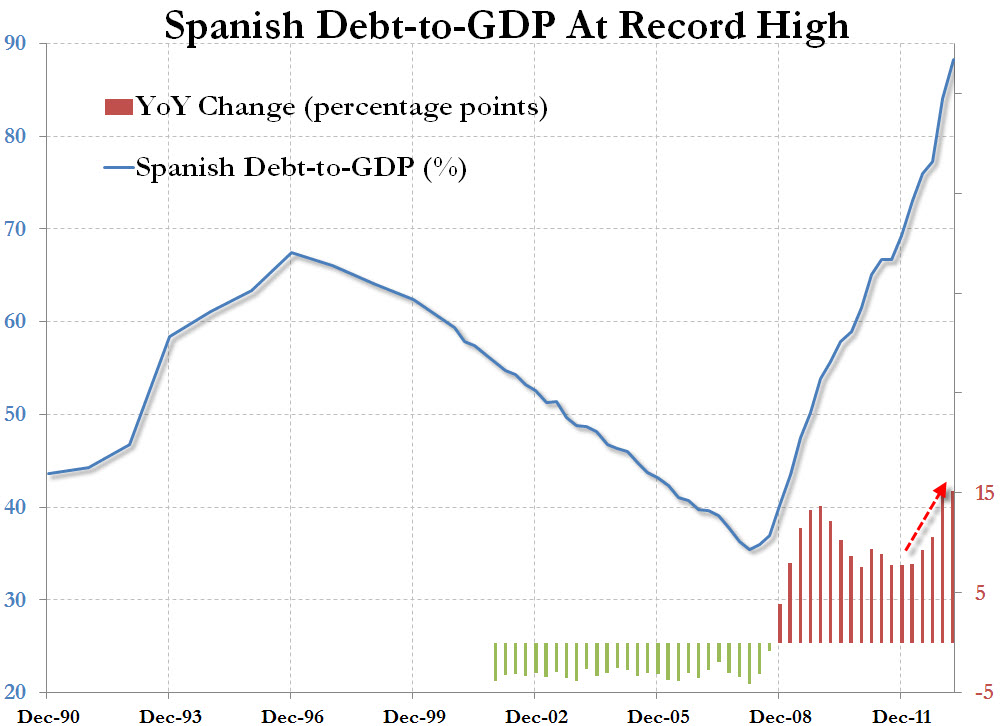