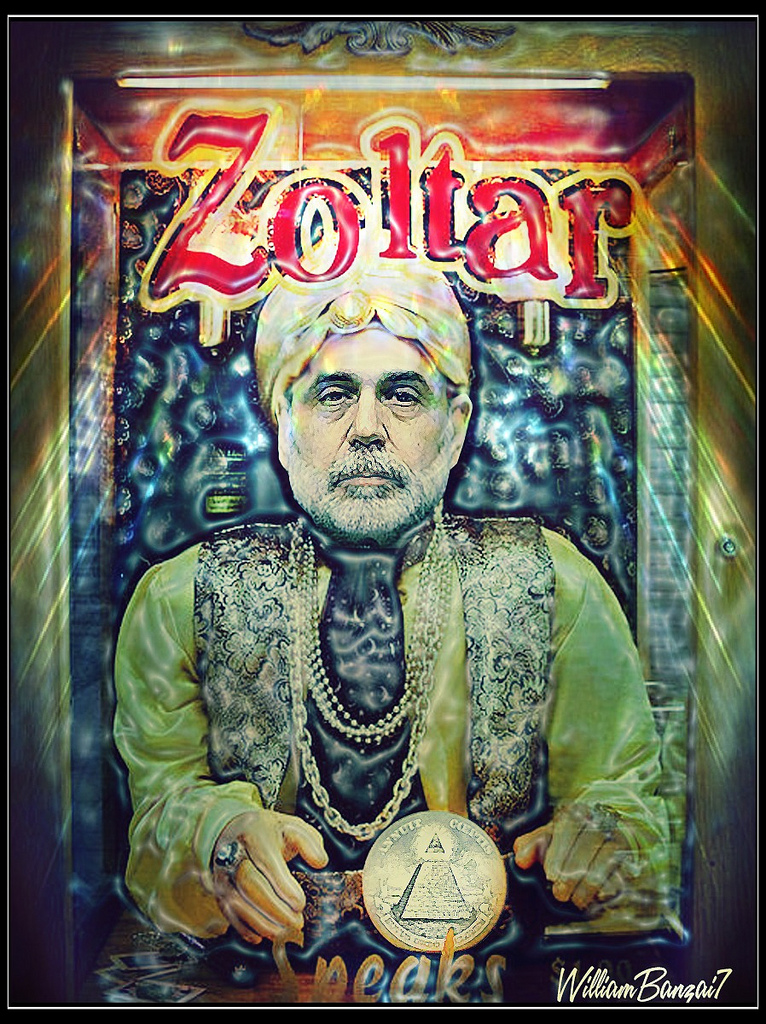 – “Markets Under The Spell Of Monetary Easing” Bank Of International Settlements Finds… Same As “Then” (ZeroHedge, June 2, 2013):

INTERVIEWER: Tell me, what is the worst-case scenario? We have so many economists coming on our air saying ‘Oh, this is a bubble, and it’s going to burst, and this is going to be a real issue for the economy.’ Some say it could even cause a recession at some point. What is the worst-case scenario if in fact we were to see prices come down substantially across the country?

BERNANKE: Well, I guess I don’t buy your premise. It’s a pretty unlikely possibility. We’ve never had a decline in house prices on a nationwide basis. So, what I think what is more likely is that house prices will slow, maybe stabilize, might slow consumption spending a bit. I don’t think it’s gonna drive the economy too far from its full employment path, though.

House prices have risen by nearly 25 percent over the past two years. Although speculative activity has increased in some areas, at a national level these price increases largely reflect strong economic fundamentals.

Although the turmoil in the subprime mortgage market has created severe financial problems for many individuals and families, the implications of these developments for the housing market as a whole are less clear…At this juncture, however, the impact on the broader economy and financial markets of the problems in the subprime market seems likely to be contained.

…we believe the effect of the troubles in the subprime sector on the broader housing market will likely be limited, and we do not expect significant spillovers from the subprime market to the rest of the economy or to the financial system. The vast majority of mortgages, including even subprime mortgages, continue to perform well.

Ben Bernanke 1/10/08 – Response to a Question after Speech in Washington, D.C.

The Federal Reserve is not currently forecasting a recession.

I expect there will be some failures [among smaller regional banks]… Among the largest banks, the capital ratios remain good and I don’t anticipate any serious problems of that sort among the large, internationally active banks that make up a very substantial part of our banking system.

“In separate comments, Mr. Bernanke went further than he had in the past, suggesting that the Fed would remain aggressive and vigilant to prevent a repetition of a collapse like that of Bear Stearns, though he said he saw no such problems on the horizon.”

Ben Bernanke 6/10/08 – Remarks before a bankers’ conference in Chatham, Massachusetts

The risk that the economy has entered a substantial downturn appears to have diminished over the past month or so.

[Fannie Mae and Freddie Mac are] adequately capitalized. They are in no danger of failing… [However,] the weakness in market confidence is having real effects as their stock prices fall, and it’s difficult for them to raise capital.

Two months later:  9/24/08 – Response to a question after JEC testimony… during the TARP debate, two weeks before the Fed initiates its liquidity facility for commercial paper markets

I see the financial markets as already quite fragile. The credit markets aren’t working. Corporations aren’t able to finance themselves through commercial paper. Even if the situation stayed as it did today, that would be a significant drag on the economy.

“[M]y reading of the evidence is that we are seeing a fairly significant pattern of reaching-for-yield behavior emerging in corporate credit….Even if we stipulate that low interest rates are part of the reason for, say, a worrisome boom in one segment of credit markets, they are unlikely to be the whole story….One of the most difficult jobs that central banks face is in dealing with episodes of credit market overheating that pose a potential threat to financial stability/”

“a few participants expressed concern that conditions in certain U.S. financial markets were becoming too buoyant, pointing to the elevated issuance of bonds by lower-credit-quality firms or of bonds with fewer restrictions on collateral and payment terms (socalled covenant-lite bonds). One participant cautioned that the emergence of financial imbalances could prove difficult for regulators to identify and address, and that it would be appropriate to adjust monetary policy to help guard against risks to financial stability.”

May 17, Record of Meeting of the Federal Advisory Council and the Board of Governors, unleased after FOIA requests were submitted

There are potential risks associated with current policy. The Fed’s securities purchases have reduced mortgage yields and, to a lesser extent, Treasury yields. Current low bond yields are disruptive to management of fixed-income portfolios, retirement funds, consumer savings, and retirement planning. They may encourage unsophisticated investors to take on undue risk to achieve better returns. MBS purchases account for over 70% of gross issuance, causing price distortion and volatility in the MBS market. Fixed-income investors worry that attractive mortgage-backed securities are in very tight supply. Higher premium coupons carry too much exposure to prepayments, potentially led by new government support programs for housing. Many are concerned about the Fed’s significant presence in the market. They have underweighted MBS in favor of corporate, municipal, and emerging-market bonds. There is also concern about the possibility of a breakout of inflation, although current inflation risk is not considered unmanageable, and of an unsustainable bubble in equity and fixed-income markets given current prices.

Further, current policy has created systemic financial risks and potential structural problems for banks. Net interest margins are very compressed, making favorable earnings trends difficult and encouraging banks to take on more risk. The Fed’s aggressive purchases of 15-year and 30-year MBS have depressed yields for the “bread and butter” investment in most bank portfolios; banks seeking additional yield have had to turn to investment options with longer durations, lower liquidity, and/or higher credit risk. Finally, the regressive nature of the artificially compressed savings yields creates pent-up demand within bank deposit portfolios; these deposits may be at risk once yields begin to rise and competitive pressures increase.

Uncertainty exists about how markets will reestablish normal valuations when the Fed withdraws from the market. It will likely be difficult to unwind policy accommodation, and the end of monetary easing may be painful for consumers and businesses. Given the Fed’s balance sheet increase of approximately $2.5 trillion since 2008, the Fed may now be perceived as integral to the housing finance system.

Markets under the spell of monetary easing

Risk assets extended their rally as further monetary easing helped market participants tune out signs of a global growth slowdown. The spate of negative economic news between mid-March and mid-April did little to interrupt the rise of equity prices in advanced economies. The growth jitters left more of a dent on commodity prices while emerging market equities continued to underperform.

This new phase of monetary policy accommodation in the major currency areas spilled over to financial markets around the world. The prospect of low yields in core bond markets contributed to investors searching for yield in lower-rated European bonds and emerging market paper as well as in corporate debt. This drove spreads even lower while issuance in riskier credit market segments strengthened. Abundant liquidity and low volatility fostered an environment favouring risk-taking and carry trade activity.

… equity markets were quick to shrug off the uncertainty and extended their gains as investors expected poor fundamentals to be followed by further policy easing.

The S&P 500 posted several all-time highs in rapid succession, first on 11 April and again throughout May.  Similarly, European bourses held up well in the face of negative economic news and political uncertainty. Throughout this period, the Japanese equity market continued its relentless ascent, fuelled by the prospect of massive monetary stimulus. The rapid gains left equity valuations vulnerable to changes in market sentiment…