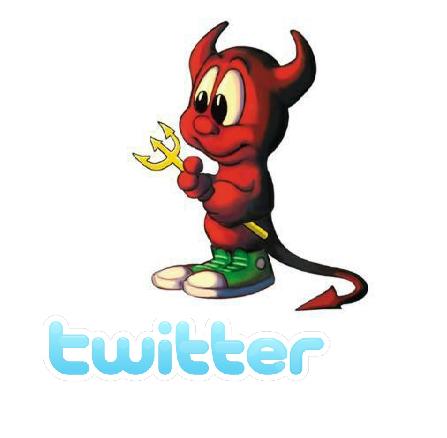 You know something isn’t right in your country when you have a “religious police force.”  You know something is really, really not right in your country when the head of that religious police force starts condemning twitter and saying its users will go to hell as a consequence.  Talk about pathetic.  Just more strange and panicked behavior from the Saudi government.

The head of Saudi Arabia’s religious police has warned citizens against using Twitter, which is rising in popularity among Saudis.

Twitter was the platform for those who did not have any platform, he said.

If that’s the case, then why are you so scared of it?

His remarks reflect Riyadh’s concern that Saudis use Twitter to discuss sensitive political and other issues.

The conservative kingdom is believed to have seen the world’s fastest increase in the uptake of Twitter, says the BBC’s Sebastian Usher.

The sheikh’s comments echo those of the imam of the Grand Mosque in Mecca in April who used his sermon – seen by millions on TV – to warn that Twitter was a threat to national unity, our correspondent says.

Again, if they are such fools, what are you so afraid of?

These rhetorical attacks are part of a concerted offensive by the Saudi establishment on the social network site, our correspondent says.

Sorry guys, but if you think twitter is a threat to “national unity,” there is no national unity.  With allies like this…