– US Alerts Two “Elite Military Units” To Be On Standby Over Deteriorating Libyan Situation (ZeroHedge, May 10, 2013):

Earlier today, news crossed the wire that the Britsh Embassy was pulling all non-essential staff from its Libya embassy, with the release of this warning: “Given the security implications of the ongoing political uncertainty, the British Embassy is temporarily withdrawing a small number of staff, mainly those who work in support of Government Ministries which have been affected by recent developments.” Moments ago, perhaps in an attempt to avoid the humiliation suffer by Hillary Clinton and the Benghazi fiasco, Fox News reports that “The U.S. military has alerted two elite military units in Europe to be on standby if needed to respond to a deteriorating security situation in Tripoli.” 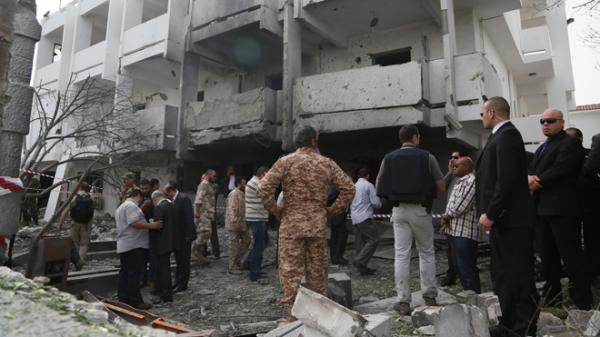 In recent days both the U.S. embassy and British embassy in Libya have removed non-essential staff from their embassies.

A specialized Marine unit based in Moron, Spain, is in the process of being repositioned closer to Libya; and in Stuttgart, Germany, a special operations force assigned to AFRICOM has been placed on heightened alert.

Neither team has moved yet.

“We are repositioning assets in the region that could respond if necessary,” a senior military official told Fox News Friday. “If the situation deteriorates (in Tripoli) we would be positioned to respond.”

The positioning comes after a series of disturbing security developments. Protests broke out Sunday in the capital. The U.S., Britain and France — the coalition that overthrew Muammar Qaddafi — issued a joint warning Wednesday to the militias to observe the rule of law, amid concerns about rising tensions between armed rival factions. In Benghazi, there were two explosions at police stations.

Does this mean that following stern Russian resistance to US-Israeli military overtures in Syria, that particular conflict zone is put on hiatus, and now the geopolitical focus will shift back to the Arabian Spring’s ground zero? At least there’s some oil that may be in need of re-liberation there.