The “vast majority” of the Pentagon’s civilian personnel will be put on temporary unpaid leave if automatic spending cuts take effect on March 1, leaving 800,000 workers without pay for one day a week for more than five months.

In a letter to all US defence department employees, defence secretary Leon Panetta warned of “a serious erosion of readiness across our force” that would occur under sequestration – budget cuts worth $1.2tn over a decade under which military spending will take a big hit.

But Mr Panetta also said he was “deeply concerned” about the fate of Pentagon staff and their families. “We are doing everything possible to limit the worst effects on DoD personnel – but I regret that our flexibility within the law is extremely limited,” Mr Panetta said. Military personnel will be exempt from the automatic cuts, but civilians will be affected – and beginning in April will be subject to a one day per week furlough for 22 weeks. Mr Panetta said employees would be given 30 days’ notice before the furloughs. 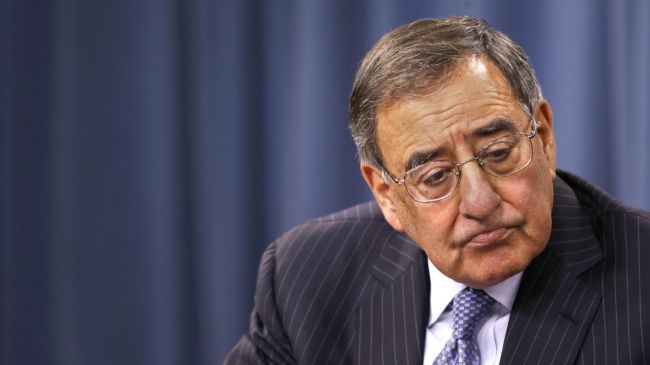 The US Department of Defense (DOD) announced that 800,000 civilian employees are to be placed on unpaid leave if across-the-board budgets cuts take effect in March.

US Defense Secretary Leon Panetta told Congress on Wednesday that the Pentagon is to place nearly a million civilian defense employees on unpaid leave as congressionally mandated budget cuts worth USD 46 billion start on March 1.

“As a result, should sequestration occur and continue for a substantial period, DOD will be forced to place the vast majority of its civilian workforce on administrative furlough,” Panetta said.

The plan aims to put most civilian workers on unpaid leave for one day a week for 22 weeks, starting in April and ending September 30 – the end of the fiscal year.

The furlough will cut the pay of civilian employees by 20 percent, and is expected to save up to USD 5 billion.

This comes as Washington state officials said on Wednesday that the region is struggling to cope with huge economic uncertainties posed by the massive federal spending cuts, which could place nearly 450,000 jobs at risk.

On Sunday, US Congressman Edward Markey said future automatic spending cuts will lead to a loss of 60,000 jobs and millions of dollars in funding for the state of Massachusetts.

Democrats in the Senate support a USD 110-billion tax increase and spending cut plan that would postpone the scheduled cuts. However, Republicans are poised to let automatic cuts follow through – a move experts say would create another recession.

As lawmakers avoided the fiscal cliff about a month ago, deep spending cuts are expected to hit the Pentagon and federal agencies including the Internal Revenue Service (IRS), the Food and Drug Administration and the Department of Agriculture, as well as layoffs affecting teachers, federal agents and prosecutors.