Previously, when calculating debt/GDP metrics for the US, we naturally assumed some GDP growth in Q4. Following today’s GDP data we now know what Q4 GDP is. We also know that, at least on a preliminary basis, it posted a decline on an annualized basis. This means that we now have an official print for US Debt/GDP as of December 31, 2012. The numerator, or debt: $16.432 trillion, or the debt ceiling, which as we know was breached on the same day, and which has yet to be formally raised. The denominator, or GDP: $15.829 trillion. This means that the formal debt/GDP is now 103.8% and growing fast. 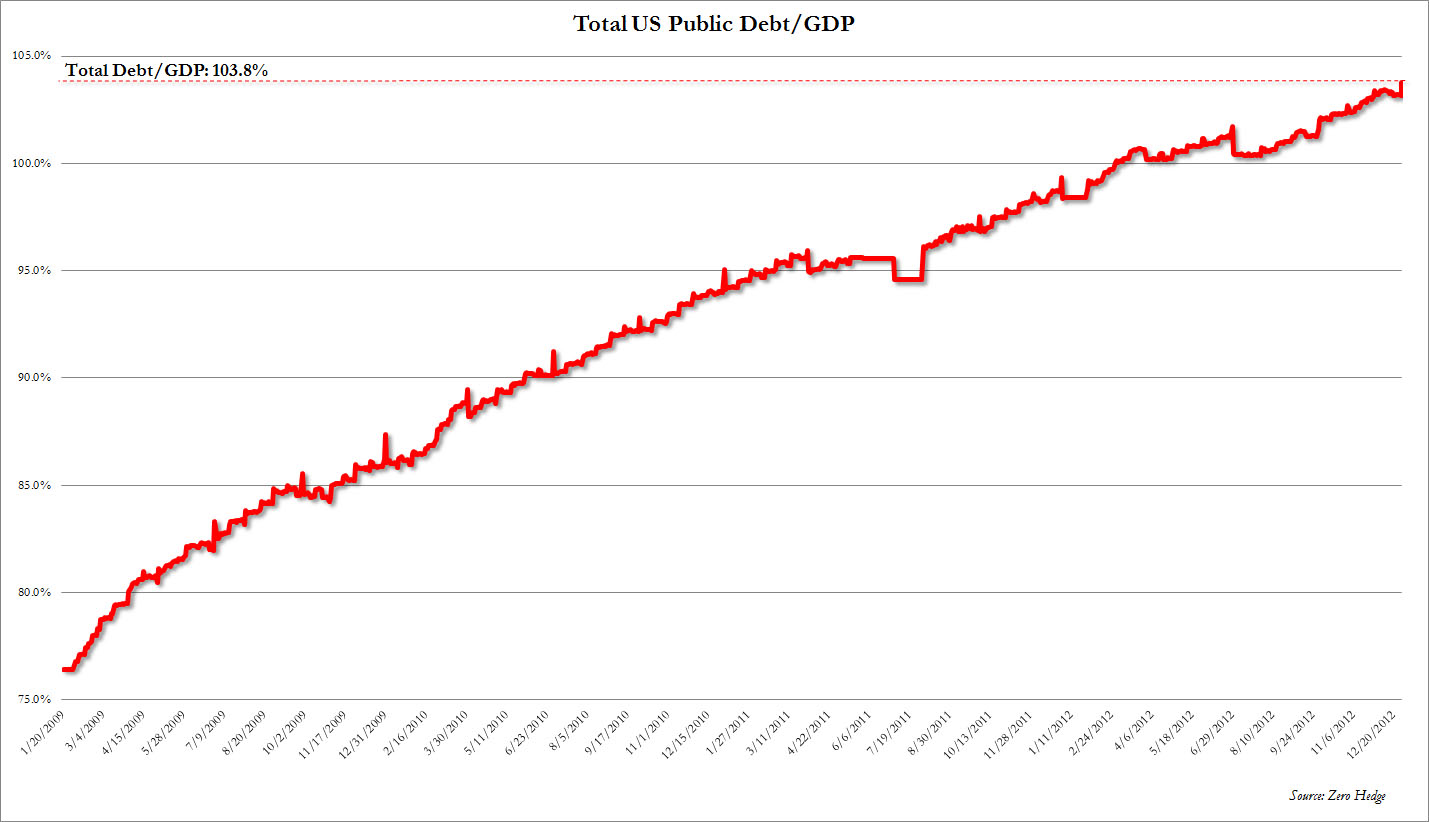 Indicatively, this has risen from 76.5% on the day of Obama’s first inauguaral address.

And for those who, erroneous, allege that Q4 GDP declined due to US government “austerity”, here are the facts: in Q4, the US added some $312 billion in debt. And more to the point, the US government spent a grand total of $907.9 billion in the same quarter. This compares to $877.1 billion a quarter earlier: $30 billion less.