A massive 7.4 million Silver Eagles were purchased from the U.S. Mint in January, considerably higher than the previous record from early 2011. After halting Silver coin production/sales for over a week, the Mint re-opened yesterday and demand once again surged. Having almost doubled from the first week in January, there remains two more days before the book is closed on January’s sales. At 140,000 ounces, the Mint has also sold the most ounces of gold in January in almost three years, suggesting the rising ‘currency wars’ are stoking people’s ongoing rotation from paper-to-physical assets as their ‘wealth’ slowing loses its value. 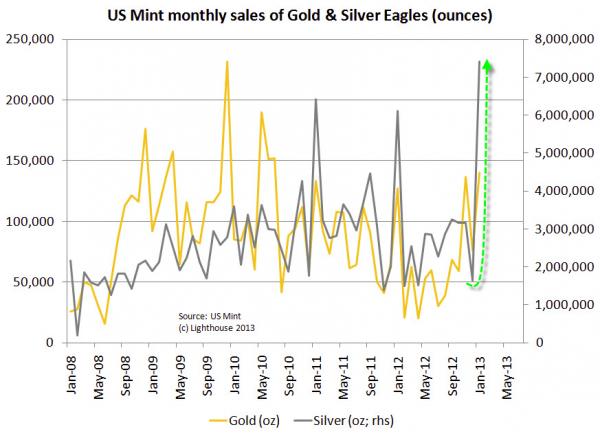