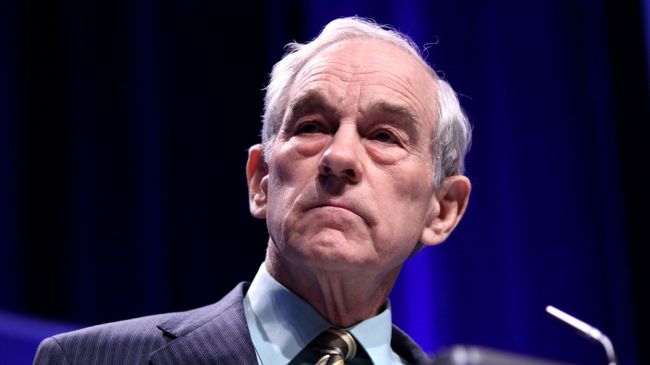 Retired Congressman Ron Paul has condemned the US use of drones and the country’s ‘king of the world’ style foreign policy.

Paul, who served 36 years as a US congressman and is a three-time presidential candidate, said in a Friday interview that minding its own business instead of getting involved militarily in the internal affairs of other states could have saved the US from bankruptcy.

“What if we didn’t hate Muslims? We have to bring up a lot of hatred for us to go 6,000 miles away and kill people with drones. This is where the conflict is coming,” said Paul.

“We have to beat the drums of war in this hatred that we go over and do these things and then all of a sudden we have an epidemic of suicides of American soldiers that come back [asking], ‘What am I doing over here shooting drone missiles and little kids dying?’”

The former congressman said that the US fails to understand that there is “blowback” from its involvement overseas, and that the situation is going to get much worse, if the country does not accept to recognize the situation.

He continued by arguing that the current anti-Americanism in the Middle East and North Africa have been cultivated by an everlasting cycle, in which the US feels compelled to send troops to deal with situations in the region.

He concluded the interview by saying, “It’s going to get a lot worse as long as we think we are the ‘king of the world’.”

The US, under the administration of former President George W. Bush, invaded Afghanistan in 2001 after claiming that the 9/11 attacks on World Trade Center in New York City were carried out by members of al-Qaeda harbored by the then Taliban regime in Afghanistan.

The US also attacked Iraq in 2003 claiming that the Middle Eastern country was in possession of weapons of mass destruction. Washington’s wars on Iraq and Afghanistan have claimed the lives of more than a million people.