MI6 codebreaker Gareth Williams probably locked himself into the sports bag where his naked body was found and was not the victim of a hit by the security services, Scotland Yard has found after conducting a review of the case. 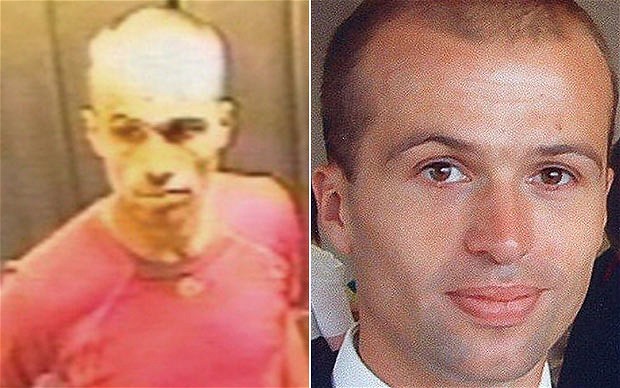 Police have always said they were keeping an open mind on whether Gareth Williams was murdered or died as a result of an accident, possibly during a bizarre sex game

Dr Fiona Wilcox, the Westminster Coroner, said earlier this year that she could not rule out the involvement of the security services in the death.

The ruling sparked a review of the case by Scotland Yard’s murder squad which has re-interviewed his colleagues from MI6 and taken DNA samples over the last seven months.

Detectives had believed that someone else must have locked the codebreaker in the bag and launched a search for a mysterious Mediterranean couple, who were later ruled out of inquiries. The Daily Telegraph understands detectives now believe that he probably died alone.

“They have been unable to find any trace of anyone who should not have been in the flat and every reason to believe that Gareth may have climbed into the bag himself and been unable to get out,” a source close to the inquiry said.

The keys to the red North Face holdall were found in the bottom of the bag when Mr Williams’s naked body was found in the empty bath of his apartment in Pimlico, central London in August 2010.

Two experts tried a total of 400 times to lock themselves into the bag and one claimed that even world-famous escapologist Harry Houdini “would have struggled” to squeeze himself inside.

But days after the inquest verdict a retired Army sergeant showed how it was possible to climb into a similar North Face bag and lock it from the inside.

Scotland Yard detectives have now been able to repeat the experiment with some slight differences to the way the bag is locked that fits with how Gareth Williams was found in August 2010.

Dr Wilcox, a former negligence barrister, had ruled that the lack of hand and footprints in the bathroom was “significant” but it understood that police have also been able to identify around 300 fingerprints in the flat.

The coroner also dismissed speculation that Mr Williams died as a result of some kind of “auto-erotic activity”, but detectives now believe that is probably the only option left.

A spokesman for the Metropolitan Police said the investigation remained “active” and that officers were still exploring “a number of lines of enquiry.”

The inquest had heard that Mr Williams, a codebreaker for GCHQ who was on secondment to MI6, had been found in his boxer shorts and tied to his bed by his landlord and landlady in Cheltenham a few years earlier.

Video footage found on a mobile phone in Mr Williams’s flat showed him dressed in nothing but black leather boots as he “wiggled and gyrated” for the camera.

He kept pictures of drag queens on his computer and had £20,000-worth of designer women’s clothes in his flat along with women’s shoes and wigs.

He browsed self-bondage websites and sites about claustrophilia – the love of enclosure – on his computers and phone and was looking at fetish websites days before his death.

Friends and family were upset at speculation that Mr Williams may have been gay and speculated that “some agency specialising in the dark arts” was behind his killing.

In her ruling, Dr Wilcox said there was no evidence to suggest the spy was a transvestite “or interested in any such thing”.

The make-up found in his flat was more likely to reflect his interest in fashion and the wigs were “far more consistent with dress-up such as attendance at a manga conference”, she said.

The suggestion that his interest in female footwear could have been of a sexual nature, was not unusual, Dr Wilcox observed.

Mr Williams’s colleagues at MI6 had failed to report him missing for a week and did not turn over nine memory sticks and a black bag that was under his desk at their Vauxhall Cross headquarters, sparking rumours of a cover-up.

The coroner said it remained a “legitimate line of inquiry” that the secret services were involved in Mr Williams’s death although there was no firm evidence.