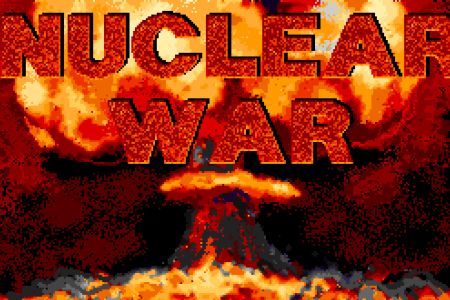 The key has been to get Americans who support Israel, Americans who outwardly make patriotic noises and talk of conservative values, Americans who, when more closely examined, serve an unseen international regime, secretive, totalitarian and ruthless, we see the old Comintern in action and AIPAC, the Hagee/Murdoch/ADL and GOP gang as front groups for what was, at one time, a very real communist conspiracy to take over the world.

One thing stands in their way, oddly enough, that one thing is Putin’s Russia. The move, the plan, is to draw Russia into a war, humiliate her over Syria, place missiles in Turkey, buy Azerbaijan and consolidate gains in Egypt and elsewhere through the “CIA friendly” Muslim Brotherhood.

One might note that, this week, despite “threats” against Israel, Egypt began receiving early delivery of advanced F 16 fighters capable of representing a real threat to Israel if Morsi’s “tough talk” over Gaza were taken seriously.

While Russia is being flanked with a missile defense system in Turkey, while Russia loses their base in Syria, clearly a plan being pushed forward to isolate Russia, while Egypt is receiving advanced American arms, while Azerbaijan is pushing out the last Russian radar facility, all at the bidding of Israel and the US, tons of heroin pour from Afghanistan, into Russia, tearing that nation apart with a holocaust of addiction.

Simultaneously, the US is exporting refined fuels, gasoline and diesel, at cut-rate prices, isolating Russia from her commercial export base while Americans are being lied to.

American consumers are subsiding cheap exports of fuel by paying high prices, not just for gasoline and diesel but everything else as well.

The United States reached energy independence several years ago and is currently one of the biggest exporters of fuels in the world. The US will soon be exporting crude oil as well.

The US is also exporting cut rate LPG and LNG (Liquid Petroleum and Natural Gas) to the Far East at well below market prices. None of this is told to the public.

Russia’s economy is, largely, dependent on, not only the export of crude oil and refined fuels but has become extremely dependent on income from natural gas exports through Gazprom.

Not only is the US attacking Russia’s markets but the US also threatens to control competing pipelines, both into Europe and Pakistan/China, pipelines dependent, not just on a continued presence in Afghanistan but political changes in Iran as well.

Controlling Iran is vital to controlling oil and gas pipelines and supplies.

In the process, the Persian Gulf States and Saudi Arabia are not going to fit well into long-term plans. With that, certain “negative consequences” become more likely each day.

Add to this, control of Tunisia, Libya, the upcoming war in Mali and control of Southern Sudan and the new oil discoveries in and off Cameroon, and it will all start fitting together very well.

The only answer, the only way of pushing the program forward, however, is a nuclear war.

Russia has to be isolated, cornered, humiliated and eventually destroyed, Russia and one hundred million Americans that are likely to die in the process.

In the short term, Putin’s “tool of choice,” for flanking this prospect is the Iskander missile. This is a very unique weapon that renders America’s missile defense systems, systems that are deployed as part of an aggressive plan, virtually useless.

The Iskander was developed in the late 1990’s, a highly mobile short rate missile that very simply cannot be shot down.

The Iskander is extremely capable, a “game changer,” and, best of all, it is a weapon system Russia can give, at will, to any ally, Syria, Iran or deploy where it pleases.

Russia has hundreds, perhaps even thousands of these systems, fully deployed for the past two years.

At this critical time, this one system, may be all that stands between the world moving toward what now appears to be a carefully coordinated nuclear war, one planned in and by Israel but requiring critical American missteps, taking advantage of blackmail, greed, weakness and a massive espionage system within the US, an “Insider Threat” as President Obama termed it in his November 21, 2012 memo.

There is now no way anyone can guess who is running the United States, military units are showing an “uncertainty of command,” state governments are trying to secede and some, like Michigan, have passed totalitarian edits that have no other purpose than to generate an upheaval of internal resistance and bloodshed.

The keystone of the Israeli plan or the “Project for a New American Century” plan, which is, in actuality Israeli as most of those at that institution are, in fact, Israeli citizens, is for Israel to move underground, to threaten both Europe and the United States with highly advanced nuclear ballistic systems while being able to secure key political leaders.

To achieve this, Israel is quickly securing its nuclear arsenal and building, with US resources, bio-weapons labs and space for tens of thousands to move underground, hundreds of thousands of square feet of “nuclear weapons proof” super-bunkers.

To drive Russia to extremes, a wide plan of deploying a missile barrier leaving Russia virtually defenseless is necessary. We are seeing that plan in action, Turkey, the Iron Dome, Azerbaijan and other moves less public and much less seen.

The Iskander is impervious to attack.

As the launch system can be moved in seconds and the missile guided by satellite, AWAC, UAV or through an electro-optical self-guidance system, it cannot be defended against.

It can’t be hacked, it can’t be diverted and it hits hard, a weapon capable of destroying any hardened facility and so fast that it could never be defeated, not without upgrading missile defense systems to use energy weapons capable of light speed, something years away.

What Russia has done is replace America’s Air Force with a missile that does it all, flies a flat trajectory, maneuvers to avoid interception and can destroy any target a stealth aircraft could.

More importantly, it can do so without nuclear escalation, without pilots being put on trial, without killing huge numbers of civilians.

What Russia has done is make America’s bases throughout the Middle East useless, America’s deployment of missile systems in Turkey useless and American and Israel inroads into Azerbaijan a foolish adventure.

What we can hope for is that the intended war does not come.

What we hope is that Israel and their allies in the US, whether the known government or rogue elements, see what we see.