To paraphrase Tim Geinter: “Risk of the Fed ever ending its monetization? No risk of that.” Why? Because as the FMS just reported, the February budget deficit was $172 billion, up $52 billion from a month ago, and $35 billion from a year ago. In brief: in the first two months of Fiscal 2013, the US accumulated a $292 billion budget deficit (compared to $236 billion a year ago), a number which is simply scary when annualized. What does this mean? That as long as the Treasury runs $1+ trillion budget deficit, the Fed will never, ever be allowed to stop monetizing, especially with China and the other legacy foreign borrowers just saying nein. Which in turn means that it will now be in the Fed’s favor to paint the economy with uglier colors (recall that the Fed now needs unemployment deterioration to have infinite free monetization reign). Does this mean that going over the Cliff is now an absolute certainty. 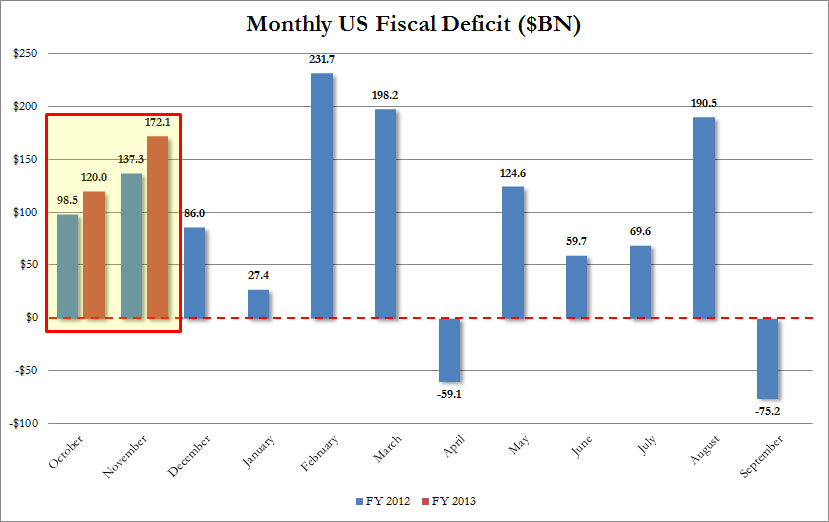