… and the ‘Greatest Depression’ will get much worse.

Despite Draghi’s insistence that ‘significant’ progress has been made, that the ECB’s efforts have not been “killer medicine”, that stocks are higher and spreads are lower (implying the ECB “has already done much that is needed”), and how optimistically-biased cherry-picked economic surveys are positive despite weak economic projections; the fact of the matter is that youth unemployment is only getting worse – much worse. Euro-zone youth unemployment is at a record 23.9% but Spain and Italy saw the biggest jumps (to 55.9% and 36.5% respectively). Greece remains the worst at over 56% based on last data, while Germany rests at 8.1%. 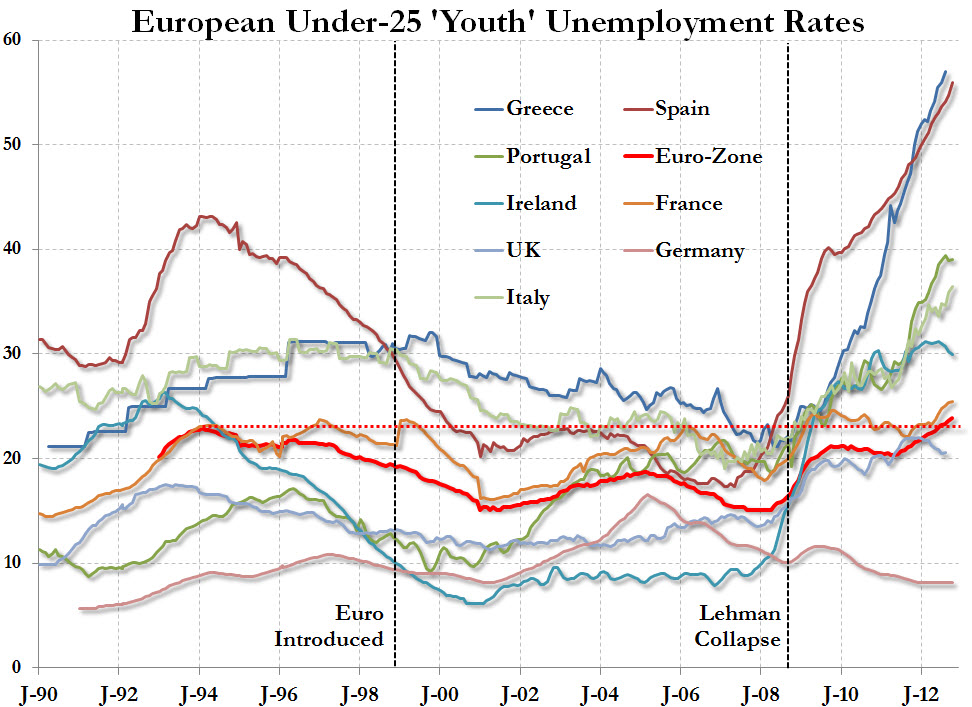