The plight of the infamous, and quite inflammable, Fisker Karma (not to mention its now defaulted battery vendor A123) has been extensively documented on these pages in the past. Today, we bring it up again, to observe a curious extra feature which its proud buyers may have been unaware of. It appears that, as Jalopnik reports, the car only free government loans with a 0% (or even negative) IRR hurdle rate could conceive, is now the first one to proudly announce it is the only one of its type that merrily burns down… while submerged underwater. We fully expect that the next generation of Fiskers will charge at least $995 for this non-optional standard feature. In other news, perhaps it is time for Karma to issue yet another comprehensive total recall of all of its cars due to “fire risk” – the last one seems to have missed a spark plug or two: they can say this is a recall for the risk of “burning down alive while fully submerged underwater.“

Approximately 16 of the $100,000+ Fisker Karma extended-range luxury hybrids were parked in Port Newark, New Jersey last night when water from Hurricane Sandy’s storm surge apparently breached the port and submerged the vehicles. As Jalopnik has exclusively learned, the cars then caught fire and burned to the ground.

Our source tells us they were “first submerged in a storm surge and then caught fire, exploded.” This wouldn’t be the first time the vehicles, which use a small gasoline engine to charge batteries that provide energy to two electric motors, had an issue with sudden combustion. 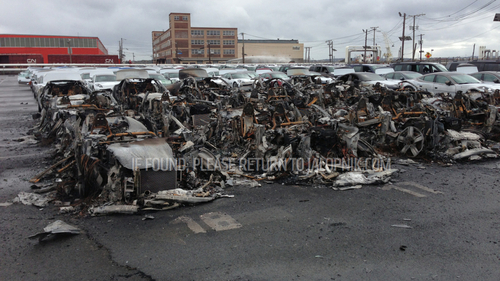 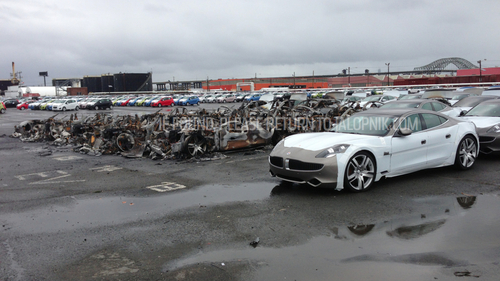 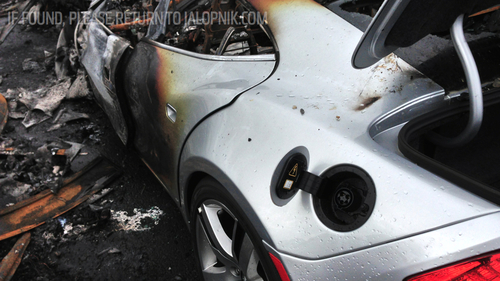