George W. Bush, Dick Cheney and Donald Rumsfeld covered up that hundreds of innocent men were sent to the Guantánamo Bay prison camp because they feared that releasing them would harm the push for war in Iraq and the broader War on Terror, according to a new document obtained by The Times.

Prisoner of the State

This week, President Karzai of Afghanistan demanded that the US turn over the last 600 prisoners held on Bagram Air Force Base outside Kabul.  3000 prisoners held there had been recently released to the custody of the Karzai government but the US had clearly violated the intent of the agreement. 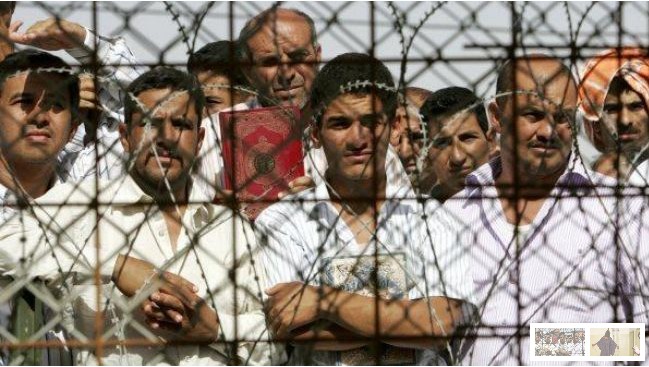 What is being forgotten is that there never has been an accounting for prisoners held in this prison, at Bagram and at other prisons, Afghanistan, perhaps some in Pakistan, certainly massive prisons in Poland, Bulgaria, Romania, in fact no one has a clue to how many prisons America has in how many countries.

It is even believed that “enemy combatant suspects” are being held in secret detention centers at US embassies in Western Europe and even in local county jails across the United States along with American who have ended up with jail sentences for failing to pay fines related to credit card debt or government levies.

The story goes further, not just the “Gulag Archipelago,” as described by Russian author Solzhenitsyn in his two novels of that name.  American prisons are like islands, imprisoning untold numbers of Muslims, some citizens of America and other western nations, some kidnapped suspects, bought from criminal gangs, like Dr. Aafia Siddiqui of Pakistan, now serving an 87 year prison sentence in the US after years of illegal detention at Bagram.

Then, if we refuse to look backward, we miss the 6000 Taliban prisoners of war executed by Americans with the help of the Northern Alliance in 2003 or the endless thousands of Iraqi POWs consigned to the torture chambers of Abu Ghraib.

Prison is a business of profit for the United States, not just imprisoning Muslims, militant fighters, cooks, women kidnapped off the streets with their small children; all are just “numbers” to fill the ranks of “terrorists” when it comes time to ask congress for funding.

Supporting the worldwide network of prisons are friendly despots, glad to accept and torture for “foreign aid.”  It doesn’t stop with torture, with no accounting; no Red Cross or Red Crescent oversight of condition, with no legal representation, a hundred, a thousand, even a million can simply disappear, limited only by how large a hole in the desert the heavy machinery can build.

Behind this still is a network of private airlines, some contracted to the CIA, some nameless and unsupervised.  These planes can hold dozens or hundreds, they can hold prisoners and they can hold tons of narcotics shipped around the world, part of the $80 billion dollar industry American Envoy Richard Holbrooke helped build to “stabilize Afghanistan.”

The result of a planet flooded with cheap heroin has been millions of addicts, Russia and the United States have suffered most but no nation has been immune.  With addiction comes crime and with crime comes prisons.

In America, prisons, already filled to capacity with the poor, with minorities and with war veterans, are now filled, up to nearly 80% with those whose crimes are directly related to cheap heroin produced in Afghanistan after the US occupation, heroin shipped by the US government, sold to the children of the US for “lunch money” and leading to 15 million Americans in prison or under custodial supervision.

Much of this “supervision” and imprisonment, far more of it in “Abu Gharib” type conditions, something that would surprise many, is done by private corporations who pay the government generously to keep the narcotics flowing, narcotics that keep police, courts and even heads of state in office.

In the United States, one dollar in three that is spent on political campaigns comes from the sale of narcotics, money brought into the US in accordance with a highly controversial 5/4 decision by the Supreme Court of the United States called “Citizens United.”

All a narcotics kingpin has to do is hire an American lawyer and they can send millions into any political race, no matter how small or large, without any oversight as to whether the money was laundered through drug production, blood diamonds, illegal weapons sales, human trafficking or terrorism.

Asking is now considered a “restraint on freedom of speech.”

What it is, of course, is legal bribery intent on making the United States a police state, something the US has been doing to the world since 9/11.

No politician, military or intelligence officer, law enforcement official, no judge, no legal authority, no educator has been able to openly discuss the many glaring inconsistencies with 9/11, things Kevin Barrett and Jim Fetzer and so many others have fought for.

The issues are many, issues of international treaties including the long ignored Geneva Convention, issues of human rights, something the UN was created to protect but does so only when convenient to favored members of the Security Council.

Even the International Criminal Court at The Hague is voluntary.  The United States withdrew from its authority years ago though dozens of former American officials, American and British, men like Dick Cheney, Tony Blair and George W. Bush are no longer free to travel unless special consideration is made to protect them from arrest for war crimes.

We began this discussion with Karzai, 11 years late and thousands of lives snuffed out by drones, torture, mass murder, government through foreign occupation, bribery and deceit, now suddenly as the Taliban and it’s militant allies are filling the news every day with their victories, battles won that too often mean the deaths of my fellow countrymen, my “brothers at arms,” we turn our backs on the basic questions.

The war in Afghanistan is not the “good war” on terror; it is as false as the invasion of Iraq.  None of the claimed rationales for attack were ever proven to be true though the lie machines of the press and the blithering of political hacks playing to the ignorant and misguided are still able to garner a degree of support.

Controlling a humanity enslaved by ignorance isn’t so difficult, not when you have organizations like Facebook and Google, not when you can destroy the mind from within with mythological news and those who refuse to believe are fodder for the hundreds of drones operating in nations around the world.

Today we talk of prisons, of lives cut short, of law that never existed being used to oppress people who should never have been subjected to them.

Perhaps it is time that more of those who do the imprisoning began to enjoy some of the hospitality they have generously offered others for so very long.

Muslims aren’t the only ones ready to support this cause, I think it is ready to become a worldwide movement and all that is needed is to strike the match.

If it hasn’t happened already, it may well happen any moment.