Today’s reported unemployment rate: 8.1%. The reason: the labor “participation” dropped to a 31 year low 63.5% as reported earlier. Of course, this number is pure propaganda, and makes no sense for one simple reason: despite the economic collapse started in December 2007, the US civilian non-institutional population since then has grown by 186,000 people every month on average hitting an all time high of 243,566,000 in August. These people need a job, and the traditional shorthand is that at least 100,000 jobs have the be generated every month for the unemployment rate to merely stay flat, let along improve. So what does one get when one uses the long-term average of the past 30 or so years which happens to be 65.8%? One gets an unemployment number that is 45% higher than the reported 8.1%, or 11.7%. That is what the real unemployment rate is assuming the US labor participation rate was realistic and not manipulated by the BLS cronies and the Bank of Spain assisted Arima-X-13 seasonal adjustment models. It also means that, as the chart below shows, the spread between the real and propaganda data hit an all time record, which was to be expected two months ahead of America’s presidential election. 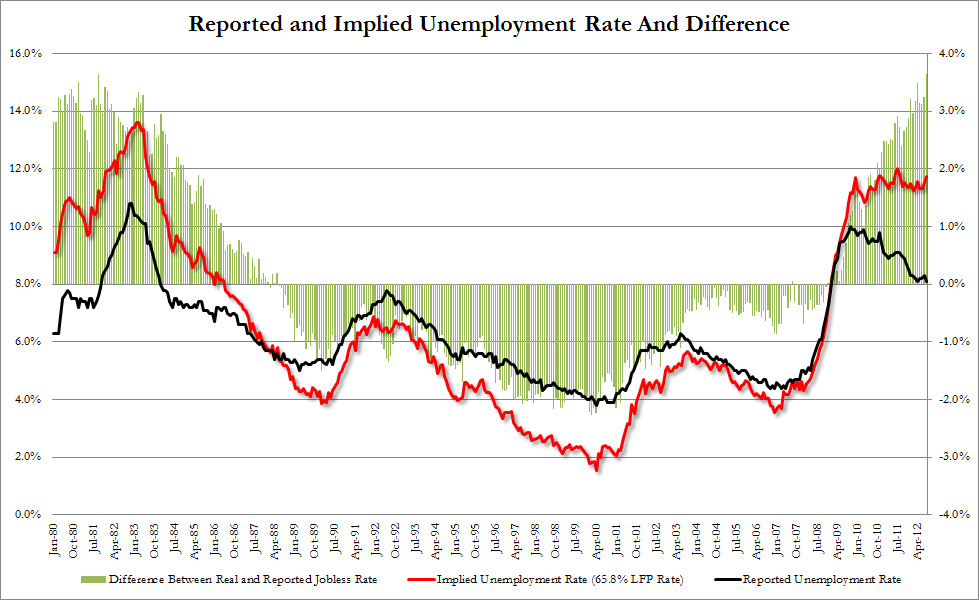