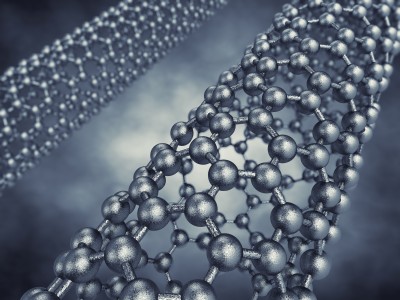 Nanotechnology is measured in billionths of a meter, encompassing all aspects of life from food to medicine, clothing, to space. Imagine hundreds of microcomputers on the width of a strand of hair programmed for specific tasks….in your body. Sound good?

Engineering at a molecular level may be a future corporations’ dream come true, however, nano-particles inside your body have few long-term studies especially when linked to health issues. Despite this new huge income-generating field there is a growing body of toxicological information suggesting that nanotechnology when consumed can cause brain damage (as shown in largemouth bass), and therefore should undergo a full safety assessment.

It is possible for nano-particles to slip through the skin, suggestive of a potential unnatural interaction with the immune system, or when micro particles enter the blood-stream. Some sunscreens on the shelf today, for instance, have nano-particles that might be able to penetrate the skin, move between organs, with unknown health effects. Nano-particles in cosmetics have few regulations done by FDA.

Thomas Faunce, of the Australian National University, who holds an Australian Research Council fellowship that looks at public nanotechnology health issues, said study’s findings are significant and strengthens the case for mandatory labeling, and that stringent safety data should be required from manufacturers.” Research is showing that nano-particles have the capacity to damage living cells and the precautionary principle should be applied,” he said.
In 2005, The Helmut Kaiser Consultancy Group, global leaders in pro-nanotechnology, stated that about 300 nano-food products were available on the market worldwide estimating that market alone was worth 5.4 billion dollars in the USA. That was then.

By 2015, (just a few years away) they predict that nanotechnology will be used in 40% of the food industries. According to these consultants, by 2040, nano-produced food, with correct nutritional composition, maintaining the same taste and texture of organically produced food, will be commonplace, the norm.

It is clear that nanotechnology is already in the in some food and cosmetics, (including anti aging products and sunscreens). ‘Smart’ packaging and tracking, is ubiquitous. Invisible, (to the naked eye and some microscopes), edible nano-wrappers, complete with bar codes can track not only early spoilage, but improve the taste of food, or, whatever is called food. Manufacturers are excited because the availability of food would no longer be affected by limited resources, bad crop weather, water problems, etc. A modern way to feed the world.

Oh, don’t expect an informative label on nano-particles in your products. Although marketers are thrilled to present benefits to make wrinkles vanish, or illuminate skin flawlessly, there are health and unknown downsides.

Where is the public debate, on the labeling of nano particles in your foods, or cosmetics, or the risks? Probably no where…Political leaders are still arguing on requiring GMO (genetically modified) labeling, it seems.

When lab rats are starved, and given a choice to eat organic potatoes or GMO, they go right to the organic. When only given the GMO potato they will eat it, or starve to death … (studies have shown severe damage subsequently). What do rats know?

So the next time you reach for something that say’s ‘smart’…think about what that means. Learn what you can about the source of what you put in, or on your body. Smart mini micro computers to control your skin and body fluids?