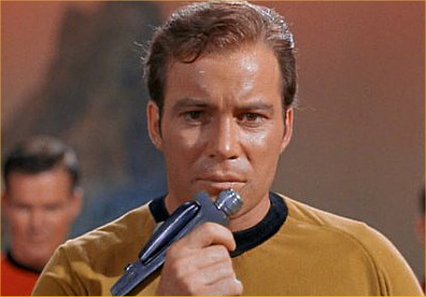 Imagine a stun gun that doesn’t just drop you to the floor, but renders you unconscious for several minutes. This tech is called a “nano-second electrical pulse,” and the Pentagon believes it could be used in a gun that would hit targets with high voltages of electricity for an amazingly short amount of time – we’re talking billionths of seconds here. That would make the enemy an easy capture. But today’s stun guns are already linked to dozens, if not hundreds, of abusive incidents. What happens if they become even more powerful?

The stun gun is only one of several projects that the Department of Defense showcased at the Non-Lethal Weapons Industry Day in Quantico, Va. on June 22, an opportunity for the Pentagon to give a glimpse of the present and future of its weapons that are designed to injure, rather than kill.

The Joint Non Lethal Weapons Directorate, the Pentagon’s agency responsible for these projects, has been working on these system for years, proposing all kinds of exotic and futuristic less-than-lethal alternatives to its deadly arsenal, including sticky foam guns, sonic cannons, and devices that could potentially create voices in the target’s heads, mimicking the effects of schizophrenia.

As Defense News notes, the new pulse gun is a lightweight device supposed to be an improvement over the existing — and often limited — stun guns. The weapons’ effects doesn’t last that long, allowing the victim to recover as soon as the flow of electricity stops. The Pentagon now wants an improved device that could disable the enemy and render him unconscious for several minutes.

How dangerous a device like that could be is unclear. Stun guns have a long and well documented history of abuse — even students and grandmas have been victims of overzealous, Taser-happy police officers. And their use, despite being labeled “non-lethal,” can be deadly. According to Amnesty International, at least 500 people have died after being shocked with tasers. In 2008, a jury in San Jose deemed the company that produces the stun gun, Taser International, responsible for the death of Robert Heston, a 40-year-old man who was shot by the cops multiple times. The jury found that the company failed to warn the police that repeated discharges could have a deadly effect on the target.

Just as most of the systems presented at the event, for now, this one is just a “conceptual” – i.e. very far from real – weapon and the Pentagon needs to focus on finding out exactly how to deliver such a short and powerful electric discharge without causing permanent damage. If the Pentagon ever wants this device to see the light of day, it will have to strike the right balance between disabling power and potential damage.

Another option: use lasers instead. Laser beams can make an enemy blind or make him feel an unbearable heat. The first effect could be achieved with a new, more powerful type of “dazzling laser” that is supposed to work from more than 500 metres (0.3 miles) away. This type of technology has already been proposed by companies with the aim of blinding pirates. The second with the so called Non-Lethal Thermal Laser, a beam that when pointed produces a heating sensation that forces the target to move away. Its effect is similar to the one achieved by existing technology, called the Active Denial System, that uses radio microwaves.

Apart from disarming and subduing humans, the Pentagon is also focusing on a wide array of systems to subdue boats or other vehicles without having to resort to undesirable tactics such as bombing or destroying them. These devices, which would use radio frequency, high powered microwaves or high-voltage waveforms would disrupt or damage the target’s engine controls, potentially shutting them off. These immobilizing rays could even be delivered from the air by a drone.

It’s hard to tell how likely we are to ever see any of these sci-fi-sounding projects come to life, mostly because making a weapon really non-lethal is a fine art that’s really difficult to master. The nanosecond laser pulse, for example, risks causing deadly effects on human cells (so much that the technology has been proposed as an alternative treatment to cancer). For them to ever be real, the Pentagon will have to make these highly criticized weapons effectively non-deadly.

Also, most of this projects depend on untested science and technology, which might be unavailable for years. Which is why sometimes these projects suffer an early death. For example, one of the systems mentioned in a presentation, the “Solid State High Power Microwave Source,” was terminated “due to material science immaturity.”

In short, don’t get your hopes — or fears — too high. Some of these projects will end up being labeled either “too ambitious,” or “too deadly”…and they’ll never go from a cool presentation to reality.