European finance officials have discussed limiting the size of withdrawals from ATM machines, imposing border checks and introducing euro zone capital controls as a worst-case scenario should Athens decide to leave the euro.

EU officials have told Reuters the ideas are part of a range of contingency plans. They emphasized that the discussions were merely about being prepared for any eventuality rather than planning for something they expect to happen – no one Reuters has spoken to expects Greece to leave the single currency area.

But with increased political uncertainty in Greece following the inconclusive election on May 6 and ahead of a second election on June 17, there is now an increased need to have contingencies in place, the EU sources said.

The discussions have taken place in conference calls over the past six weeks, as concerns have grown that a radical-left coalition, SYRIZA, may win the second election, increasing the risk that Greece could renege on its EU/IMF bailout and therefore move closer to abandoning the currency.

No decisions have been taken on the calls, but members of the Eurogroup Working Group, which consists of euro zone deputy finance ministers and heads of treasury departments, have discussed the options in some detail, the sources said.

Belgium’s finance minister, Steve Vanackere, said at the end of May that it was a function of each euro zone state to be prepared for problems. These discussions have been in that vein, with the specific aim of limiting a bank run or capital flight.

As well as limiting cash withdrawals and imposing capital controls, they have discussed the possibility of suspending the Schengen agreement, which allows for visa-free travel among 26 countries, including most of the European Union.

“Contingency planning is underway for a scenario under which Greece leaves,” one of the sources, who has been involved in the conference calls, said. “Limited cash withdrawals from ATMs and limited movement of capital have been considered and analyzed.”

Another source confirmed the discussions, including that the suspension of Schengen was among the options raised.

“These are not political discussions, these are discussions among finance experts who need to be prepared for any eventuality,” the second source said. “It is sensible planning, that is all, planning for the worst-case scenario.”

The first official said it was still being examined whether there was a legal basis for such extreme measures.

“The Bank of Greece is not aware of any such plans,” a central bank spokesman in Athens told Reuters when asked about the sources’ comments.

The vast majority of Greeks – some surveys have indicated 75 to 80 percent – like the euro and want to retain the currency, something Greek politicians are aware of and which may dissuade them from pushing the country too close to the brink.

However, SYRIZA is expected to win or come a strong second on June 17. Alexis Tsipras, the party’s 37-year-old leader, has said he plans to tear up or heavily renegotiate the 130-billion-euro bailout agreed with the European Union and International Monetary Fund. The EU and IMF have said they are not prepared to renegotiate.

If those differences cannot be resolved, the threat of the country leaving or being forced out of the euro will remain, and hence the need for contingencies to be in place.

In a conference call on May 21, the Eurogroup Working Group told euro zone member states that they should each have a plan in place if Greece were to leave the currency.

Belgium’s Vanackere said two days after that call that it was a basic function of each euro zone member state to be prepared for any eventuality.

“All the contingency plans (for Greece) come back to the same thing: to be responsible as a government is to foresee even what you hope to avoid,” he told reporters.

“We must insist on efforts to avoid an exit scenario but that doesn’t mean we are not preparing for eventualities.” 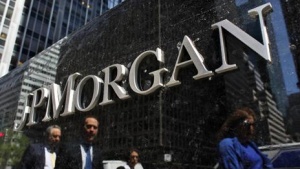 Shrugging at a $27 billion mistake

JPMorgan’s failed hedges have pushed its market cap down by $27 billion since early May — but Wall Street veterans say those kind of losses are inevitable, Bloomberg reports.   Read more at Counterparties 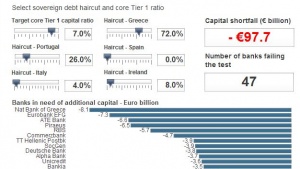