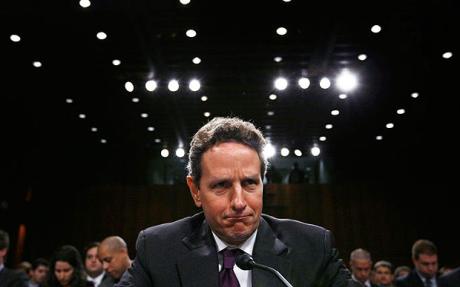 Earlier today, outgoing Treasury Secretary and tax challenged part-time pathological liar (see here) Tim Geithner said that any worries of the US debt ceiling are misplaced, and that at best such an event would occur “late in the year” (and to think the August 2011 extended $16.394 trillion debt ceiling was supposed to last well into 2013). Naturally, coming from Geithner, it meant this statement was a flat out lief the second it left his mouth, which is why we decided to do our own analysis of just when the latest and greatest debt ceiling would be breached. The answer is that at the current rate of debt issuance, which incidentally is going to accelerate sharply due to the recent extension of the payroll tax cuts which will require an incremental $100-150 billion total debt to be funded, and extrapolating future issuance solely on historical patterns, the US debt ceiling D-Day will be September 14, 2012. This means that there will be just over 6 weeks for the GOP to hijack each and every presidential debate before the November election with just this topic. Because there will hardly be anything more humiliating for Obama than to have to defend his platform even as the country is once again past the verge of insolvency, and forced to “commingle” retirement funds to keep Treasury operations running. Which incidentally is just as we predicted would happen when we explained why the GOP fast shelved the payroll tax debate so rapidly. It was nothing but a prelude to precisely this. Because once it is raised, and it will be raised of course, next up will be yet another ratings downgrade by S&P and this time, Moody’s as well. All of which will most likely happen before November. 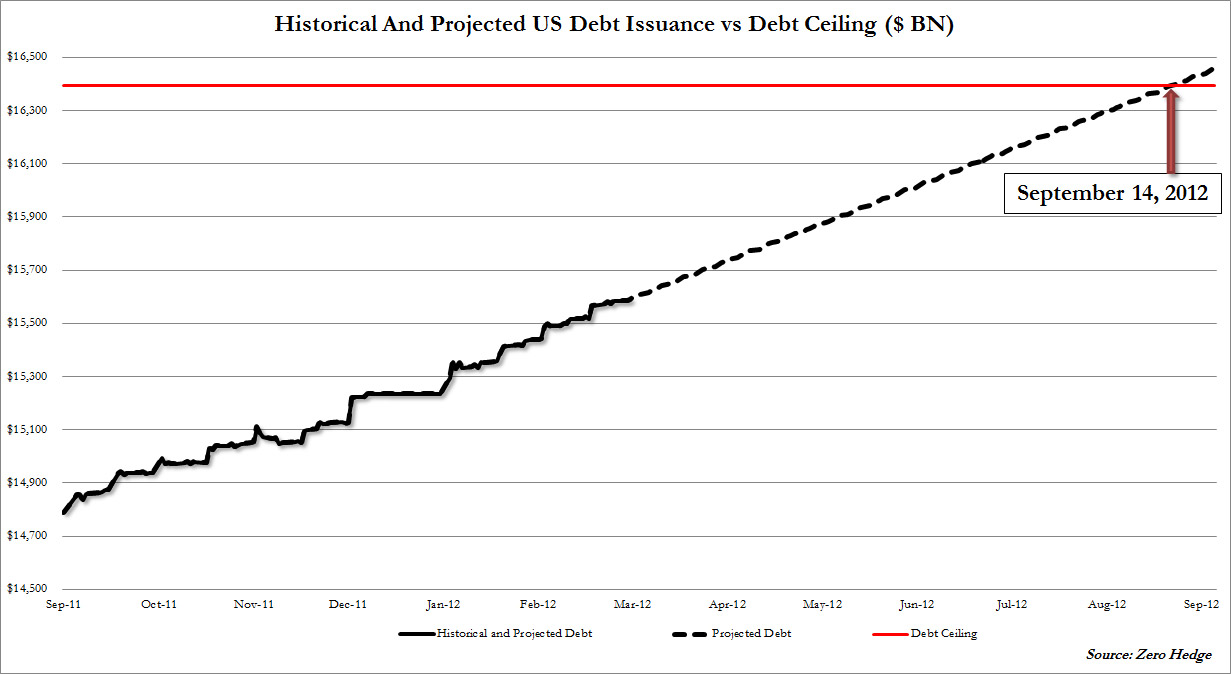