Something funny happened on the road to a “fixed” Europe.

A week ago we presented the €2.5 trillion closed liquidity loop at the heart of Europe’s (solvency and mercantilist) problems: the cumulative capital account deficits of Europe’s import countries (virtually all of them except for Germany and Holland), and the under the table funding mechanism, in the form of Germany’s subsidizing of said countries via the ECB TARGET2 cash settlement process. In simple terms, in order for the PIIGS to import German “stuff”, Germany had to fund their economies in a very roundabout, yet unmistakable fashion (see chart). Well, as the latest update from TARGET2 shows (courtesy of Sean Corrigan of Diapason), the fact that this now accepted enabling mode of existence continues, as nothing has changed in Europe except for Greece going bankrupt, and all the PIIGS still pretending they have fixed their economies when in reality all that has happened is a $1.3 trillion cash injection providing some very brief dry powder to drive bonds to lower yields temporarily, Spain and Greece have just posted their biggest draw on TARGET2 bringing the total to just under €400 billion! Congratulations Germany – This is the amount that Jens Weidmann and the German Bundesbank will have to fund to keep the ponzi going. But at least BTPs and Bonos will be at 0.00% as the ECB floods the market with a quadrillion in paper at a point in the very near future to pretend that the system is solvent judging by bond yields. 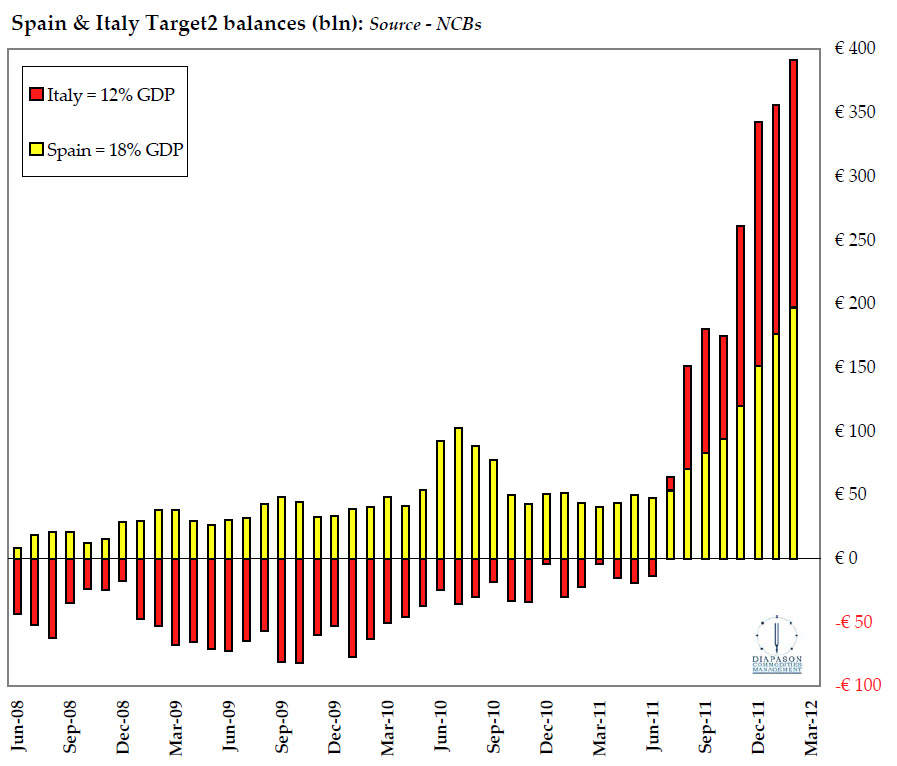 To all our German readers: sorry. Yes, extend and pretend actually has a price.

To summarize: the bond market, courtesy of the ECB, has signalled the all clear, if only for a brief amount of time (remember what happened with the first LTRO back in 2009). In the meantime, the PIIGS economies are getting worse and worse. But for the time being Germany can keep them afloat. However, Germany, unlike the ECB can not print money. And in fact, largely does not want to.

And here’s the Bundesbank. How does one say exponential in Germano-Grecian? 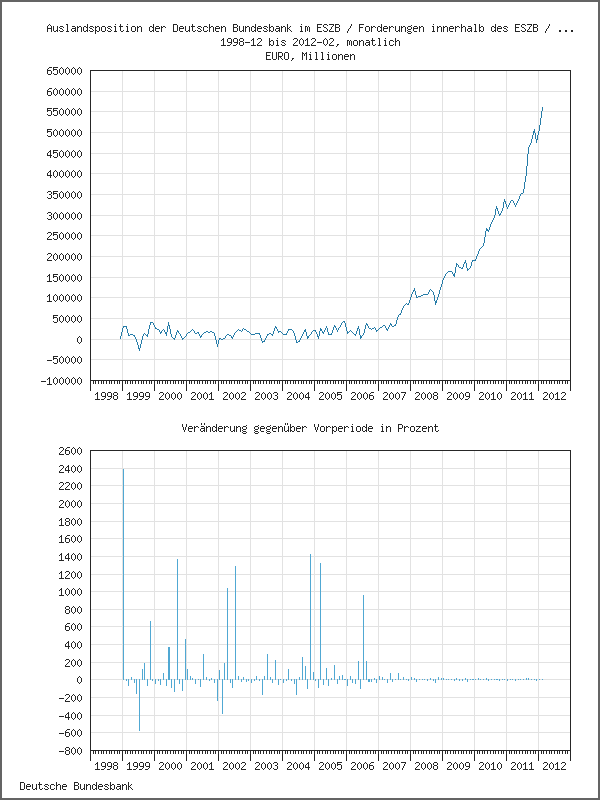