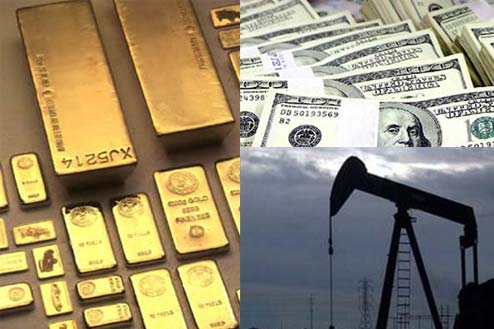 “And the gentleman said very openly to the shocked audience ‘OK.

You don’t want to buy our goods. Well, the Chinese do.”

Remember the real reason why Moammar Gadhafi is dead. He dared to propose and started creating an alternative currency to the world reserve U.S. Dollar. The lesson learned in Libya is now ready for teaching in Iran. Forget all the noise about going nuclear, the true message is that the banksters rule and nation states serve their ultimate masters. The hype and disinformation that surrounds the push for war is best understood by examining the viewpoint of Iranian MP Kazem Jalali. The Tehran Times quotes him in saying,

“The European Union must be aware that it can never compel the Islamic Republic to succumb to their will and undermine the Iranian nation’s determination to achieve glory and independence, access modern technologies, and safeguard its rights, through the intensification of the pressure.”

Many political commentators warn that an embargo is an act or war. Chris Floyd provides this observation of the recent oil embargo against Iran.

“This week, the warlords of the West took yet another step toward their long-desired war against Iran. (Open war, that is; their covert war has been going on for decades — via subversion, terrorism, and proxies like Saddam Hussein.) On Monday, the European Union obediently followed the dictates of its Washington masters by agreeing to impose an embargo on Iranian oil.

The embargo bans all new oil contracts with Iran, and cuts off all existing deals after July. The embargo is accompanied by a freeze on all European assets of the Iranian central bank. In imposing these draconian measures on a country which is not at war with any nation, which has not invaded or attacked another nation in centuries, and which is developing a nuclear energy program that is not only entirely legal under international law but is also subject to the most stringent international inspection regime ever seen, the EU is “targeting the economic lifeline of the regime,” as one of its diplomats put it, with admirable candor.”

The most important aspect of the Iranian response lies in the way that changes oil settlement for delivery and the futile effect of the US/Anglo/EU imperialist dictates have in the marketplace.

Debkafile reports that India (and probably China) will pay for Iranian oil in gold.

“India and China take about one million barrels per day, or 40 percent of Iran’s total exports of 2.5 million bpd. Both are superpowers in terms of gold assets.

By trading in gold, New Delhi and Beijing enable Tehran to bypass the upcoming freeze on its central bank’s assets and the oil embargo which the European Union’s foreign ministers agreed to impose Monday, Jan. 23. The EU currently buys around 20 percent of Iran’s oil exports.”

A more detailed analysis in Tehran Pushes to Ditch the US Dollar provided ample arguments that an embargo will fail.

“Iran may be isolated from the United States and Western Europe, but Tehran still has some pretty staunch allies. Iran and Venezuela are advancing $4 billion worth of joint projects, including a bank. India has pledged to continue buying Iranian oil because Tehran has been a great business partner for New Delhi, which struggles to make its payments. Greece opposed the EU sanctions because Iran was one of very few suppliers that had been letting the bankrupt Greeks buy oil on credit. South Korea and Japan are pleading for exemptions from the coming embargoes because they rely on Iranian oil. Economic ties between Russia and Iran are getting stronger every year.

Then there’s China. Iran’s energy resources are a matter of national security for China, as Iran already supplies no less than 15% of China’s oil and natural gas. That makes Iran more important to China than Saudi Arabia is to the United States. Don’t expect China to heed the US and EU sanctions much – China will find a way around the sanctions in order to protect two-way trade between the nations, which currently stands at $30 billion and is expected to hit $50 billion in 2015. In fact, China will probably gain from the US and EU sanctions on Iran, as it will be able to buy oil and gas from Iran at depressed prices.”

So why is the EU so determined to apply restrictions is answered in the video, Why does the EU join in sanctions against Iran?