A Royal Navy warship is to set sail today on a seven-month mission to provide security in the Middle East. 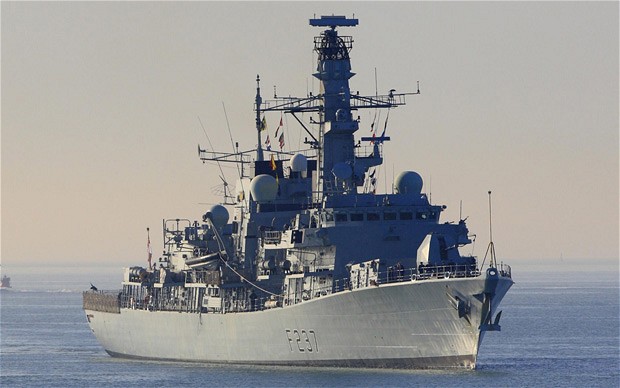 Type 23 frigate HMS Westminster, which will be leaving its home port of Portsmouth Naval Base, will also carry out counter-piracy patrols during its deployment and police busy shipping lanes.

Commanding officer Captain Nick Hine said: ”It takes a tremendous amount of effort to get a complex and sophisticated warship ready for operations and I am extremely proud of my ship’s company for the work they have done in getting us to this point.

”Operations are what the Royal Navy is all about and we are itching to get going.

”We sail into a region of heightened tensions and great challenges and we are ready and up for it.”

Last year HMS Westminster was deployed at short notice to the Mediterranean to assist in evacuating UK nationals from Libya and to conduct operations in support of United Nations Security Council resolutions against the Gaddafi regime.

Many of the ship’s company who are deploying to the Middle East are still on board from the mission off Libya, including Operations Officer Lieutenant Commander Andy Brown.

He said: ”We learnt a lot last year on our successful involvement in the Libyan operations and we will carry that experience forward to our next mission.

”The ship’s company are excited about the deployment ahead and we are all determined to make it a success.”

The move comes as Britain, America and France delivered a pointed signal to Iran, sending six warships led by a 100,000 ton aircraft carrier through the highly sensitive waters of the Strait of Hormuz.